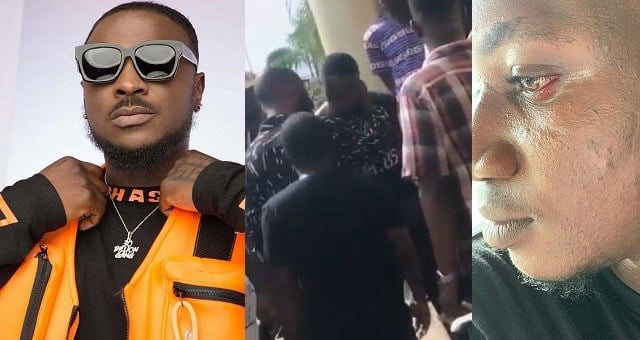 His apology comes after the infamous assault went viral.

Naija News reports that Peruzzi, whose real name is Tobechukwu Victor Okoh, urged the public to forgive him in the tweet posted on Monday afternoon at about 1.14pm

“I did very wrong for yesterday slapping mr pamilerin, let my feelings get the best of me and I am very sorry. Apologies to mr pamilerin and also to the general public. I’d never get into such mess again. Love Only, I promise,” he said.

Similarly, the apology to Pamilerin was also backed up with another from Davido who apologised to Pamilerin as thus; “I apologize to you @thepamilerin on behalf of my Brother and Artist @Peruzzi_VIBES he was wrong for putting his hands on you but pple need to realize that we Artist are human beings and we see everything! You said some harsh words too my brother and sometimes this thing dey pain!”