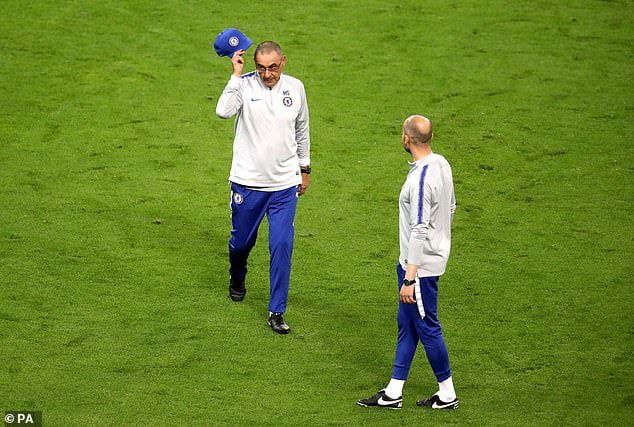 The West London club will take on Arsenal in an all English Europa League Final.

Sarri watched a training match at the Baku Olympic Stadium in which Gonzalo Higuain and David Luiz were seen having a minor clash at the end.

It appeared to be a minor incident to spark such a volatile reaction from Sarri, who proceeded to throw down his baseball cap, pick it up and then threw it down again, before storming out of the stadium.

The Italian did not come back to oversee the end of his players run-out on Wednesday night.

A Chelsea spokesman said: “Maurizio’s frustration displayed at the end of the training was not related to any of his players, but was due to not being able to practise set-plays in the final 15 minutes of the hour-long training session as it remained open to media.”