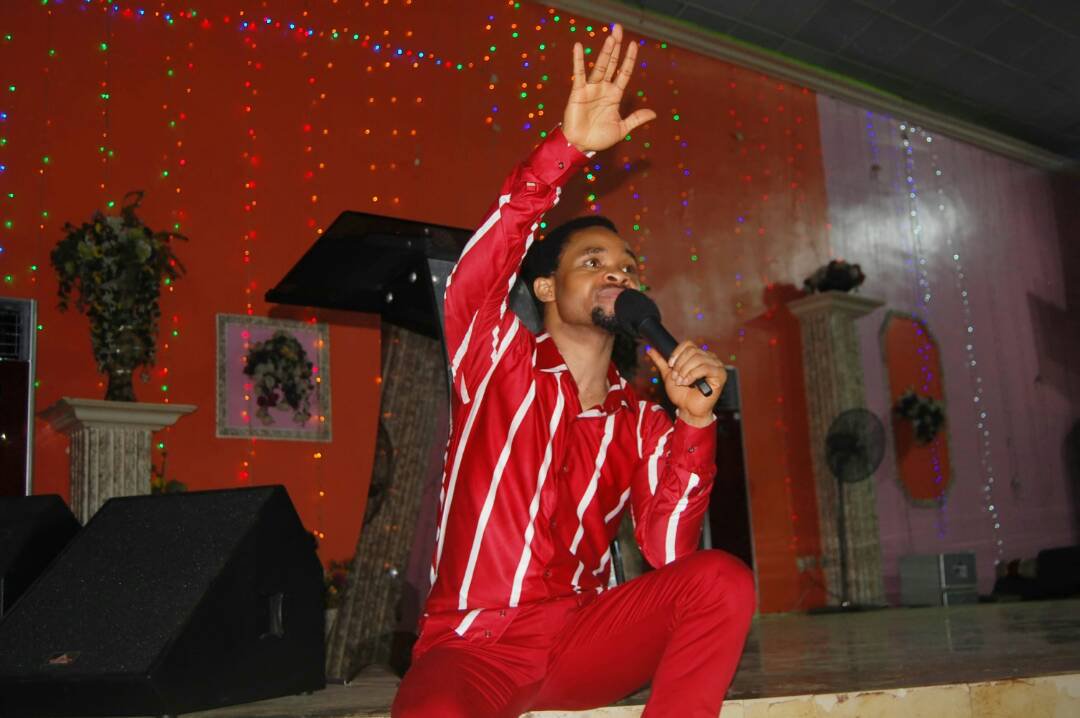 A Nollywood actor has been allegedly healed of a broken leg by a popular Anambra based prophet, Chukwuemeka Ohanemere Odumeje.

In a video posted by Holyghost Intervention TV and sighted by Naija News, the Nollywood actor explained how he could not appear in movies again because of the broken leg, noting that he was “manipulated.”

This online news platform understands that the actor in the twelve minutes, fifty-four seconds video, pleaded with the prophet to heal him, saying: “Lion I believe in you.”

After the plea, Prophet Odumeje, who is fondly called “The Lion” by his church members, laid on the actor, folding the affected leg in the process, which led to the actor vomiting blood and an unknown substance.

The prophet subsequently massaged the affected leg of the actor after which he started walking again.

It was alleged that the actor could not walk prior to the visit to the church.