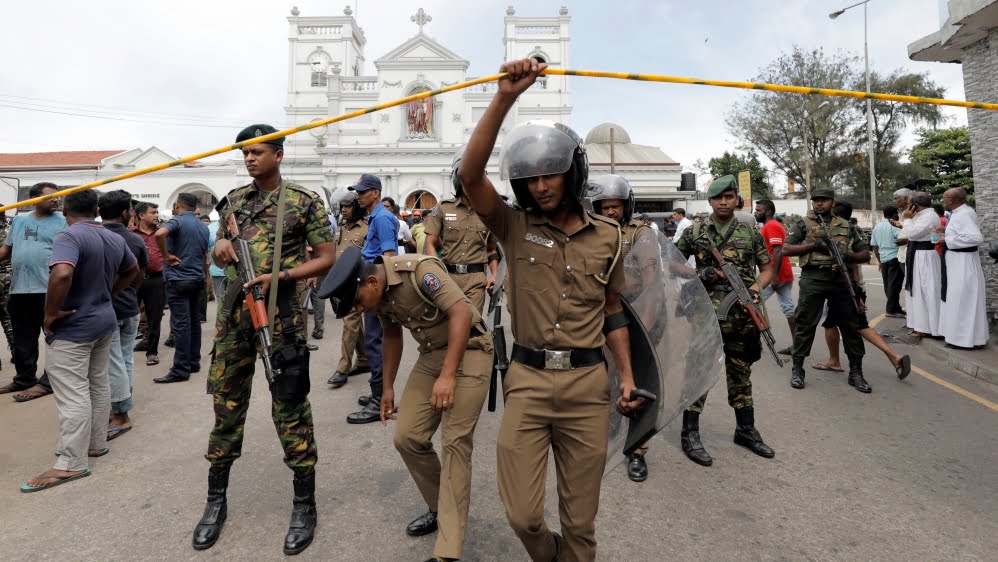 Investigation Continues Over The Easter Bombing At  Churches In Sri Lanka

A major dispute has erupted in Sri Lanka over why security services did not act over warnings. two weeks prior to the bombing that claimed the lives of more than 300.

This is as Nigeria News reports that India warned Sri Lanka of possible suicide bombings weeks before the Easter attacks, based on “threatening” Islamic State-influenced material seized from suspects in the southern state of Tamil Nadu.

Sri Lankan police chief issued an alert on April 11 but it did not reach a top minister.

Several warnings were made to Sri Lanka, all at least two weeks before the Easter Sunday attacks on three churches and three hotels in which 359 people died, a source disclosed.

India’s evidence, which included videos, was initially seized in raids in 2018 in which seven men were detained in the city of Coimbatore, media reports said.

The seven are now under investigation on charges of links with the Islamic State group.

“The videos showed a radical leader in Sri Lanka making threatening comments that indicated suicide attacks were possible,” the source said, speaking on condition of anonymity because of the sensitivity of the issue.

The source did not name the leader but Indian media reports said the videos showed Zahran Hashim, leader of the National Thowheeth Jama’ath (NTJ), calling for Islamic rule in Sri Lanka and southern India.

Recall that Sri Lankan authorities say the NTJ carried out Sunday’s attacks, while the Islamic State group has also said it was behind the bombings.

A video released by IS after it claimed responsibility appears to prominently feature Hashim.

“India was particularly worried as there could have been a raid on the Indian high commission in Colombo as well as the churches,” the source added.

Some Indian media reported that the first warning of possible attacks was given in December.

India has expressed increasing concern that Islamic State could spread its influence in the country, which has a large Muslim minority of about 200 million people in the 1.3 billion population.

The National Investigation Agency federal police last year set up a special IS research unit. It has staged raids in a number of states in recent months that it said targeted extremists with IS links..

Meanwhile, TVC has reported that Sri Lanka has shut down some places over fresh bomb scare.