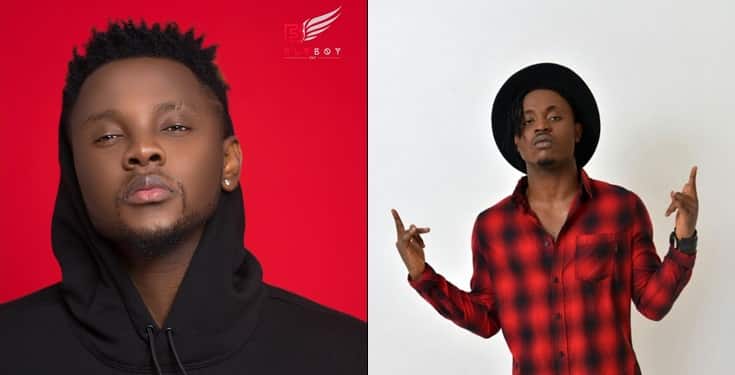 The former signee of the FlyBoy Inc., DemmieVee has finally reacted to the rift between him and his former record label owner, Kizz Daniel.

DemmieVee called Kizz Daniel a traitor and a trickster.

Naija News had reported that Kizz Daniel mobilized men of the Special Anti-Robbery Squad (SARS) of the Nigeria Police Force to the house of DemmieVee in an attempt to arrest him.

DemmieVee who took to his Instagram handle to react on the report said in his words; “With all due respect. You are a Traitor @iamkizzdaniel. I can’t believe you have the gut to bring police to me because I asked for a refund of my Money. You tricked us and collected my 15million naira to boost your own shaking career. I wasn’t a struggling artist when you approached my boss for help which results to a recording deal/contract and I remember you promised heaven and earth that day. *TIFF* was doing well and was already a big song when you came to beg me to join fly boy INC not knowing your real intentions. On two different songs. You edited my Voice to make my voice sound awful and I still kept quiet and never say a word. { *SOMEBODY DEY* AND *YOU GO WAIT *}. I have the real versions of this two songs..You are too fake that the likes of “Bharry Jay , Phil Kez, wickedest dj zino ,Slizzy , expression, etc can’t cope with you in space of 3 months. Time will surely tell. I know one day, the world will know the truth of it all. *Don’t Judge each day by the harvest you reap now but by the seeds that you plant.* Things May look rosy now but Karma is a Tricky thing. #themorewelive#themorewelearn #hopeneverdies

Kizz Daniel is yet to reply to these allegations.