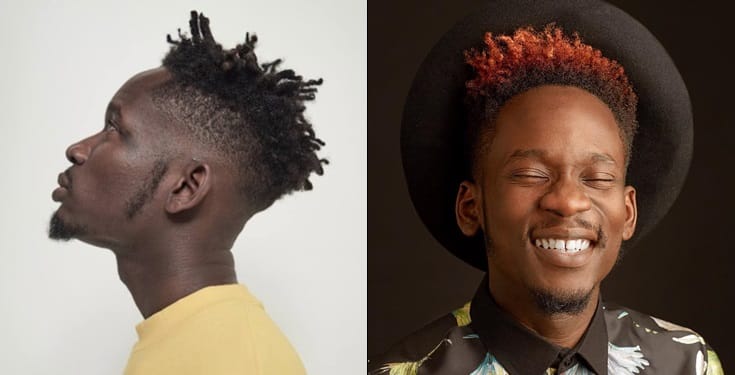 Popular Hip-hop star, Oluwatosin Ajibade, popularly known by his stage name as Mr Eazi, has opened up on how he made his money.

Naija News reports that the artiste revealed how he had to leave the comfort of his parents provisions to chart his own path in life.

He gave an insight into how he graduated from a school in Ghana at the age of 18 but instead of coming back to Nigeria to get a job, he decided to start various businesses in the country that failed.

He said, “I would not lie and say that my childhood was tough. People define silver spoon differently but one thing I would say is that my parents always made sure I had everything that I needed.

“I went to good schools, so obviously I was not suffering but in finding my own path, I started to experience struggles.

“I have a Master’s degree in Engineering and Business Management but I decided to become an entrepreneur so I had to suffer by myself.

“I had to go through gold mining, distribution of beverages in Ghana and also having my phone company in Nigeria. I did all of that out of my own volition.

“If I had stuck to my parents’ plan, I could have finished school and got a proper job. I had job offers but I chose my path.

“I could have toed my father’s path because he is an engineer and working in the aviation sector. I could have been in that sector but I chose my path.

“When you choose your path, you struggle. To be honest, my parents were pressured to compel me to get a proper job.

“For instance, I graduated from the university in 2011 and I was not even 19 years old at the time.”

Speaking further on his struggles before hitting the limelight, Eazi, who is known for several hits including ‘Surrender’ where he featured Simi, said that he sold all kinds of items before he finally found his big break.

He said, “After my National Youth Service, I moved back to Ghana but the business failed. The next thing I did was to tell my parents that I had another bright idea and it was to sell sausage rolls. That also failed shortly.

“The businesses I tried my hands on would gradually be successful but at the end it would fail because I had no experience.

“After that, my parents tried to talk me out of business but I told them that I had another bright idea and it was to be making and selling Sharwama. That also failed.

“My father later advised me to do my MSc. He felt it would buy me some time to know what I wanted to do.

“So, I obtained my MSc. at Coventry University, Ghana. I could have concluded my Master’s programme in a year but I had another bright idea. I went into illegal gold mining but I was able to complete school.

“Obviously, by 2015, the whole family wanted to do an intervention on me except my father. Everyone put my father under pressure so he gave me a timeline, which was April 2016 to get my acts together. “As God would have it, by March 2016 I had kicked off my music career and I was in London having my tour.

“By the end of 2015, my phone company had kicked off in full scale and I had employed about 20 people. That is how much struggle I passed through to make my money,” he said.