This was disclosed by the commission on Thursday in a statement signed by Festus Okoye, National Commissioner and Chairman Information and Voter Education Committee and made available to Naija News.

“The Commission met today 4th April 2019 and reviewed the conduct of the just concluded Rivers State collation exercise. However, supplementary election will be held in affected areas on 13th April 2019 in line with the timetable released by the Commission.” 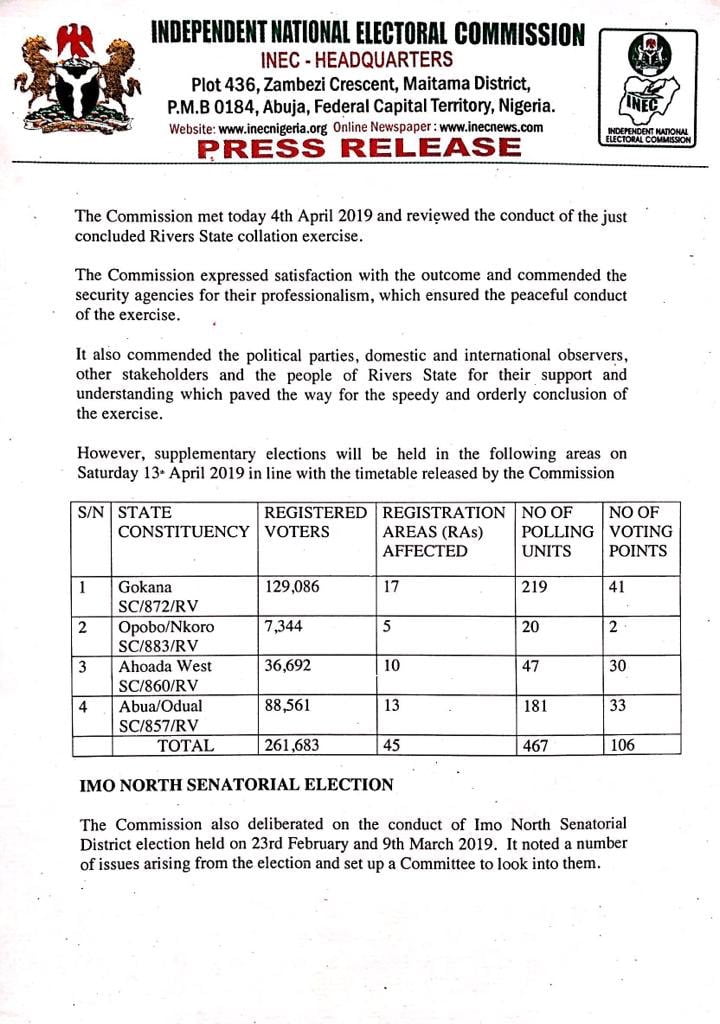 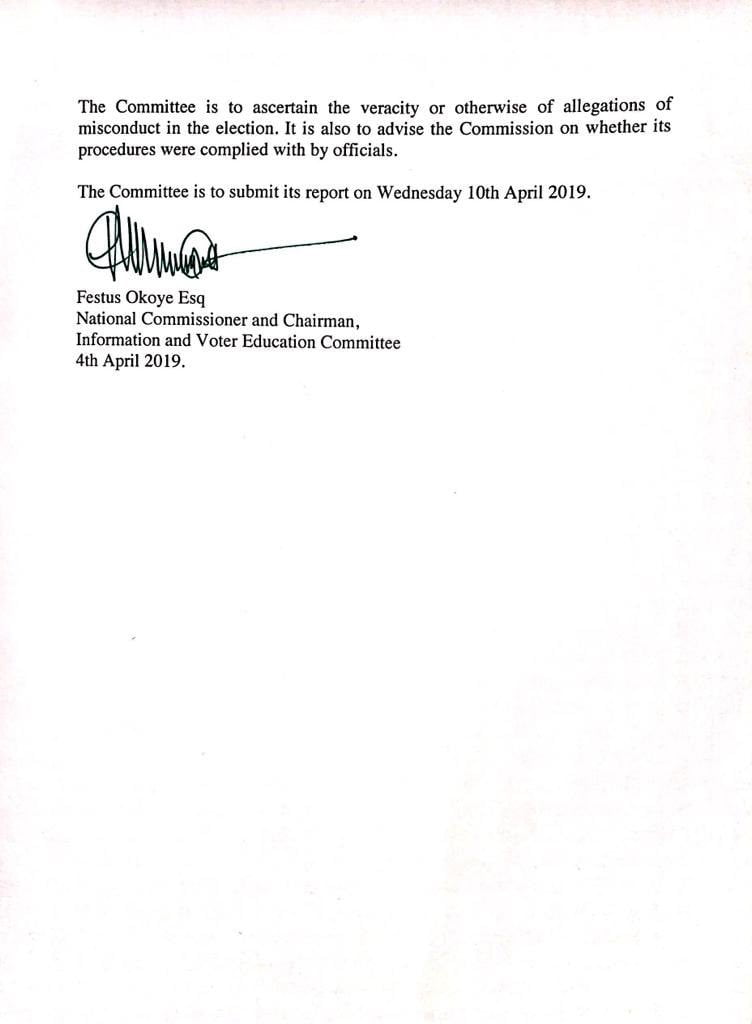