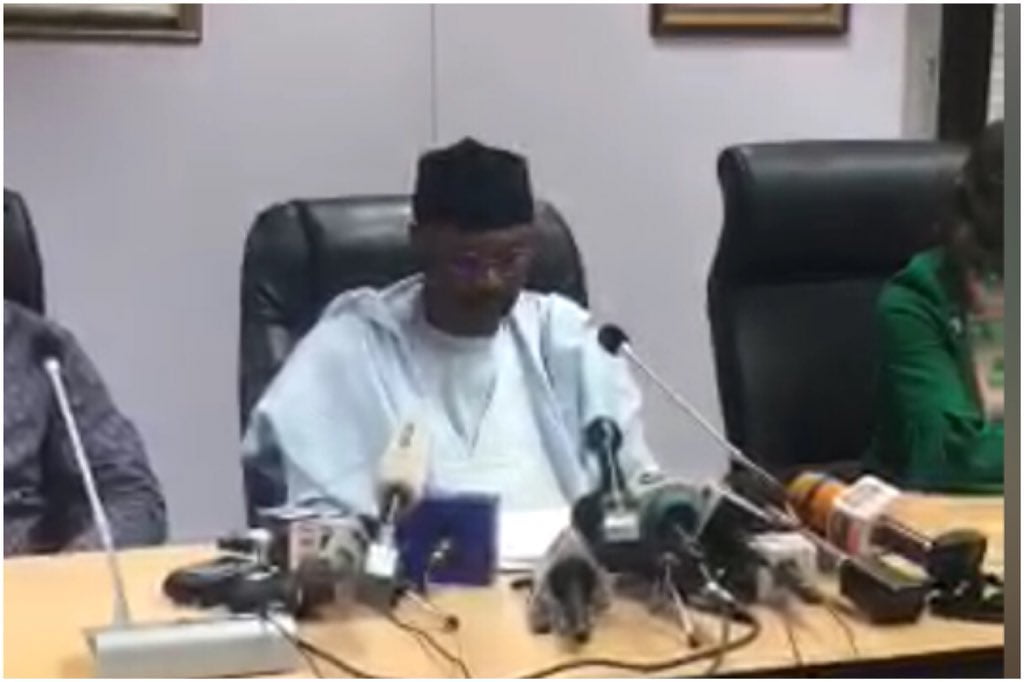 The Independent National Electoral Commission (INEC) says it will wait for the decision of the Supreme Court before taking any action on the primary elections of the All Progressives Congress (APC) in Zamfara State.

Naija News recalls that INEC withheld certificates of return of the state Governor-elect, Mukhtar Shehu, following the judgment of the Court of Appeal in Sokoto.

However, the APC and the governor-elect had said the Court of Appeal did not nullify their primary elections in a letter to the commission last week.

Reacting on Monday,  INEC’s National Commissioner and Chairman of its Information and Voter Education Committee, Festus Okoye, on Monday in Abuja, said it is the policy of the commission to obey court orders and court decisions.

“The commission took the decision to exclude the candidates of the All Progressives Congress from the list of nominated candidates on the grounds that the party did not conduct primary elections,” Okoye said.

He added, “The commission does not have any interest in who becomes the governor of Zamfara State but is only interested in the processes and procedures leading to the declaration of results and issuance of certificates of return.

“We are confident that the Supreme Court will conclude the hearing of the matter and deliver its judgment before the inauguration of elected members of the national and state assemblies.

“We believe that the people of Zamfara State deserve to know who their governor and representatives are before the terminal date of this regime.