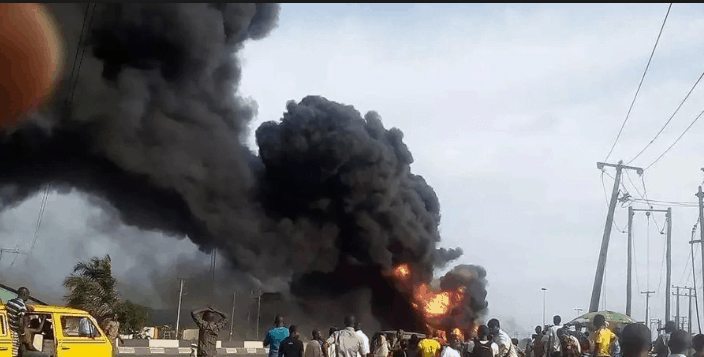 Hoodlums have on Monday razed down the Imo state office of the Independent National Electoral Commission (INEC).

Naija News reports that this is coming as the electoral umpire is working towards collating the results coming in from across the states.

“Our office at Isiala Mbano Local Government Area of Imo state was razed down by fire by unknown persons in the early hours of today,” an official of the Commission, Emmanuella Opara told reporter.

Emmanuella maintained that there was an accident as such in Imo state but the commission is yet to visit the state office to ascertain the level of the damage.

Meanwhile, there was tension at a Senatorial result collation centre in Orlu in the early hours of Monday.

Witnesses revealed that the Police officers stormed the scene to maintain peace in the area.

The Police were said to have tear-gassed the mob to disperse them from committing further damage.