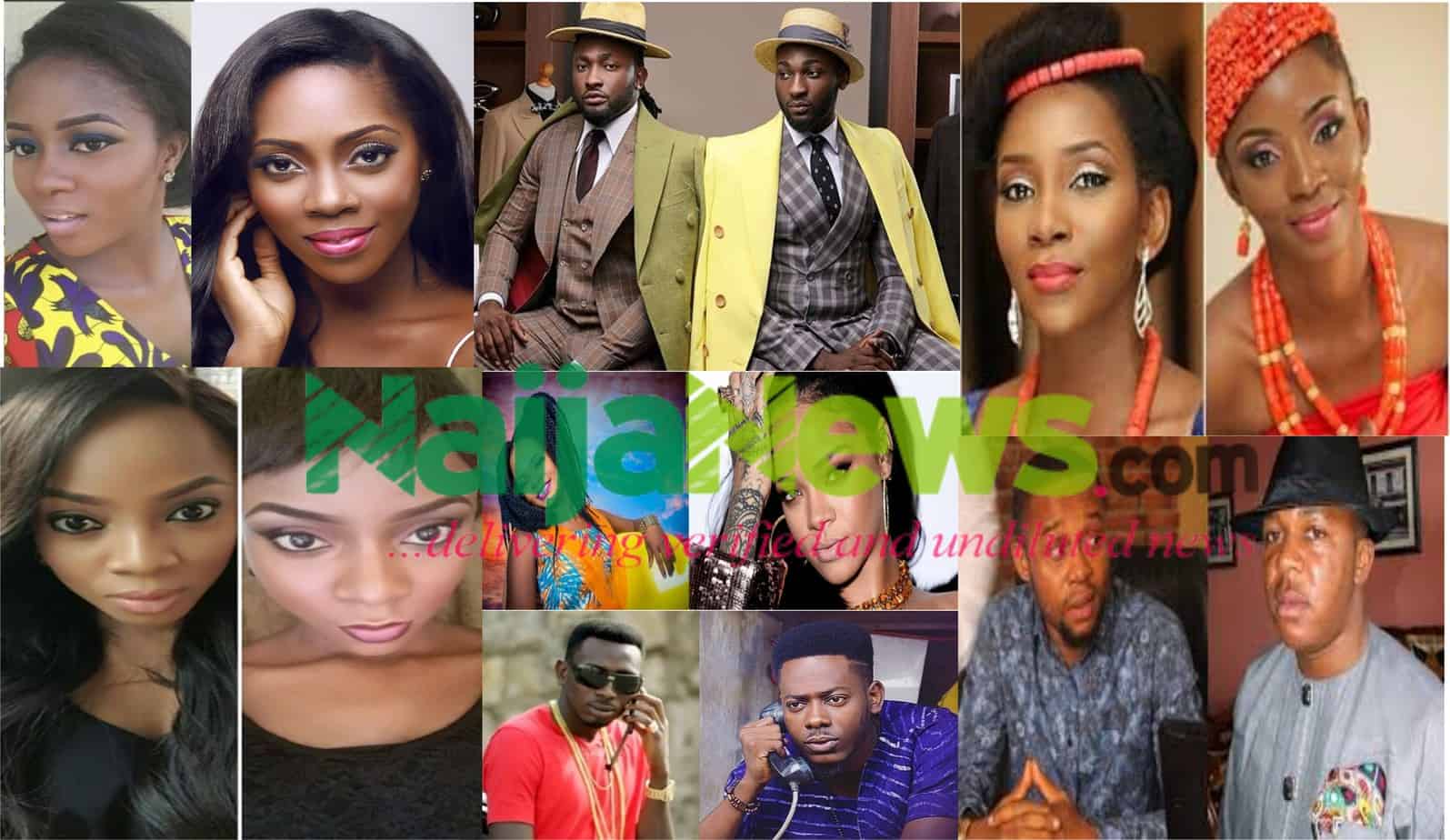 As Nigeria sets to pick their new leaders, several Nigeria celebrities were seen at the various polling unit of the country.

The disappointment of having the general elections postponed seem like a distant memory for celebrities who now have an opportunity to cast their votes.It has seemed like a long wait after the Independent National Electoral Commission (INEC), shifted the polls from February 16 to 23, for presidential and federal parliamentary elections.

And March 2 to 9 for gubernatorial, state parliament and FCT Area Council elections. The mood is an optimistic one from social media posts so far made by celebrities. So let check them out as Naija News took time to catch a glimpse of the celebrities at their various polling units

Popular Artiste, Bankole Wellington, a.k.a Banky W, has described the election as smooth and peaceful.Banky W to run for House of Reps.Banky W to run for House of Reps.
Banky W
Wellington, the candidate of Modern Democracy Party, contesting for the House of Representative, Eti-Osa Local Government Area of the state, voted at Polling unit 016, at the Lagos State Model school, Marwa, Lekki Phase 1, Eti-Osa Local Government Area of Lagos state.

Whole crowd cheering us on, even agents and voters with other parties. The youth voting block must realize & consolidate our strength, one community at a time. The movement has begun! pic.twitter.com/k4agBTe5iM

R&B singer 2face Idibia, with an interesting amount of followers, showed that he was excited about voting in a video he shared while on a queue at a polling station in Festac, Lagos. Weeks to the elections, he had been investing a lot of time in sensitizing the electorates on embracing peace during the polls.

He hopes the best man wins after successfully casting his vote.

7:50pm. Still at Ward 4 VGC in Lagos monitoring sorting and result. @Omonioboli has been there since before 6:am coordinating and ensuring things ran smoothly. She isn’t being payed to do so but I am. #inspired #BBCNigeria2019 #NigeriaDecides2019 #ElectionDay pic.twitter.com/nBFIypJaYR

Hours before this, actress Omoni Oboli was one of the first set of people that arrived at her polling unit. The centre lacked the presence of INEC officials at the time so she volunteered to take down the names of balloters to make things easy. When the electoral officials finally arrived, the effort of the actress had ensured that 500 names were collected.

Welldone Omoni. Am super proud of you. #WerepNigeria.

DJ Cuppy and her billionaire dad Femi Otedola, hoped for the best as they proceeded to their polling units. The pair were captured in an Instagram video as they encouraged their followers to go out and vote.

Interview with press after voting at the polling units! ✅ #NigeriaDecides pic.twitter.com/HzvZnwPbK2

“My dad and I are walking over to our voting units. We are very excited,” the DJ shared from her IG profile. The blazing sun could not stop them both.

Even Falz joined in the excitement. He tells over 4 million followers on Instagram to go out and make their voices heard.

A week prior, his response was of disapproval after learning about INEC’s decision to postpone the elections. He described the move as appalling — one that does not suggest regard for the electorates.

Toke Makinwa made sure to protect her nail from ink after casting her vote today. Her reaction to INEC’s postponement of the elections was similar to Falz’s because of a shared feeling of anger.

She has put it all behind now despite some delay noticed at different polling stations across the country.The OAP was happy to vote and has encouraged her Twitter followers to participate just like she did.

Mourning loss While many nurtured hope of a violence-free election, it was a dream that failed to come through.

Rapper M.I Abaga put his activism to work by voting despite being under the weather. But he was unhappy to confirm the death of a youth in Kogi State.