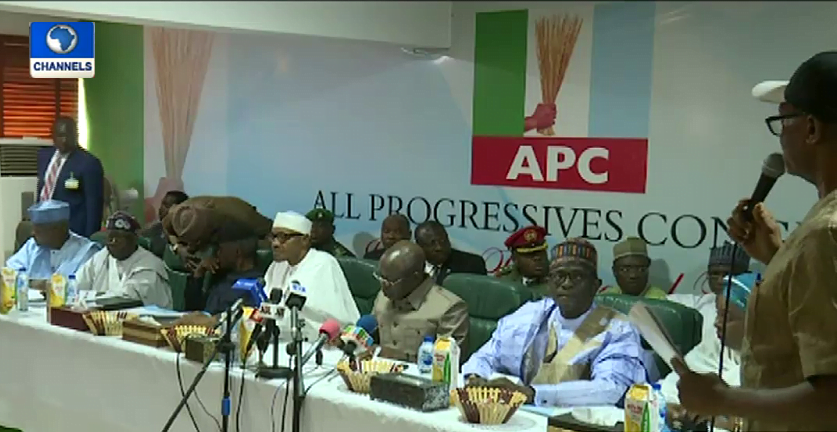 President Muhammadu Buhari has expressed disappointment in the postponement of the 2019 general elections, noting that the Independent National Electoral Commission (INEC) must explain its incompetence.

Naija News had reported earlier that the Commission postponed the Presidential and the National Assembly elections by one week on Saturday, February 16.

Giving a reason for the decision, Prof. Mahmood Yakubu, the INEC Chairman, said the decision was taken after a careful review of the plan for the exercise.

Apparently displeased with the development while speaking at the All Progressives Congress (APC) caucus meeting in Abuja on Monday, Buhari said INEC had all the resources it needed to carry out its duties.

His words: “I have to leave my constituency and come to Abuja immediately because I was told of the decision of INEC about 4:30 in the morning,” he said.

“I told them in my statement at the airport that INEC had all the time and all the resources they wanted and then they have to wait for only six hours to casting the votes to tell us that it is not possible. Definitely, the reasons why such incompetence manifest itself has to be explained to the nation.”