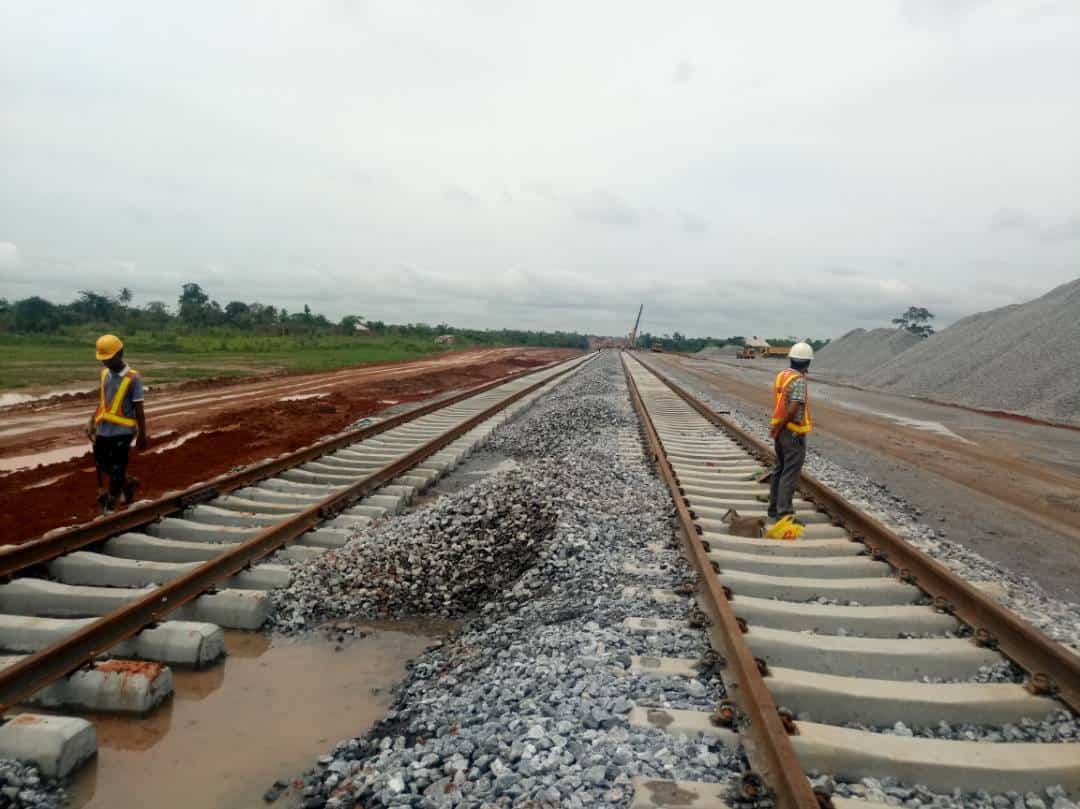 A test run will be carried out on the Lagos-Ibadan standard gauge line early February, the Nigerian Railway Corporation (NRC) says.

The director of the corporation, Mr Fidet Okhiria, made this revelation on Wednesday at Ijoko in Ogun, while inspecting the project.

He director who commended the pace of work, added that work on the tracks is moving towards Lagos with 1.5 kilometers being laid daily.

“Within seven days the track laying will reach Iju towards Agege corridor of Lagos state.

“From here to Iju is 10 kilometers, and we are laying 1.5 kilometers on daily basis and by the first week of February we will do a test run to Abeokuta from Lagos.

“All the formations have been put in place to expedite the tracks laying,” he said.

While also speaking, Mr Jerry Oche, the NRC Lagos District Manager, said that trains on the tracks will travel at 150 kilometers per hour.

The News Agency of Nigeria (NAN) reports that Mr Rotimi Amaechi, the Minister of Transportation, had said in 2018 that the completion of Lagos-Ibadan standard gauge would also ease off the Apapa gridlock.

Amaechi said: “As you can see, the narrow gauge is existing but it’s not efficient, but the moment we fix this project, then those goods will be transferred to the rail and the lock jam”