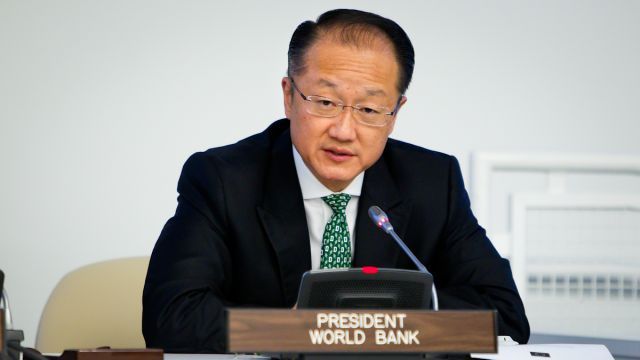 I will be stepping down as @worldbank Group president on February 1. It's been the greatest privilege I could have ever imagined to lead the dedicated staff of this great institution to bring us closer to a world that is finally free of poverty. https://t.co/jWGoihu7tu

Naija News learnt Mr Kim's announcement is coming more than three years ahead of the end of his tenure in 2022.

"It has been a great honour to serve as President of this remarkable institution, full of passionate individuals dedicated to the mission of ending extreme poverty in our lifetime," Kim said his statement on Monday.

In his place, the World Bank Group CEO, Kristalina Georgieva, will assume the role of interim president effective February 1.

Mr Kim said the work of the World Bank Group is more important now than ever as the aspirations of the poor rise all over the world.

He said problems like climate change, pandemics, famine and refugees continue to grow in both their scale and complexity.

"Serving as President and helping position the institution squarely in the middle of all these challenges has been a great privilege," Kim said.

As World Bank President since July 2012, the outgoing World Bank Group head noted infrastructure finance as one of the greatest needs in the developing world. He also said he led the Group to mobilize its financing by working with private sector partners to build sustainable, climate-smart infrastructure in developing nations.

Immediately after his exit, Mr Kim said he would join a firm focusing on increasing infrastructure investments in developing countries. He said details of his new position would be made public later.

Under his Presidency of the Group, Mr Kim said the World Bank set the target of ending extreme poverty by 2030 and to grow shared prosperity, by focusing on the 40 percent of the population in developing countries.

My best wishes to @JimYongKim as he starts a new chapter, and my thanks for his service as President of @WorldBank Group. https://t.co/I7CHwDtrVN

Besides, he said the Bank enjoyed strong support from shareholders to better position it to respond to the development needs, particularly its Fund for the poorest, the International Development Agency (IDA), which achieved record replenishment that enabled it increase its work in areas suffering from fragility, conflict, and violence.