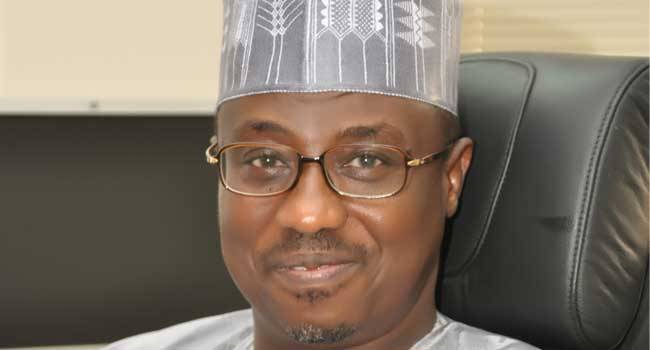 Naija News learnt that the Group Managing Director, Nigerian National Petroleum Corporation (NNPC) Maikanti Baru, who made this known said  the nation has maintained a line of consistent year-on-year improvement in its daily crude oil production.

Increase in crude oil production should reflect in the well being of Nigerians.
Without such impact, there is no need mentioning it for the year 2018 under review.

In a statement by NNPC Group General Manager, Group Public Affairs Division, Mr. Ndu Ughamadu, Dr. Baru singled out NPDC, the corporation’s Upstream flagship company, as the major contributor to the Industry’s success story in 2018, expressing enthusiasm on the 52 per cent daily crude oil production growth by the company vis-à-vis its 2017 performance.

According to Baru, the end-of-year statement explained that the average production from NPDC’s operated assets alone grew from an average of 108,000 of oil per day (bod) in 2017 to 165,000bod in 2018, describing the feat as the strongest production growth within the Oil Industry in recent times, even as he added that it was worth being celebrated.

The GMD said NPDC’s equity production share which stands at 172,000bod, representing about 8 per cent of national daily production, was no less impressive, saying the desired results are outcomes of initiatives his Management team emplaced, among which, he noted, are the Asset Management Tea (AMT) structure, Strategic Financing, Units Autonomy and security architecture framework.

“Of the Industry milestones in the outgone year, Dr. Baru described the 200,000bop addition which the Egina Floating Production Storage and Offloading (FPSO), completed and sailed away to location in August last year, added to nation’s daily production, even as he disclosed that the project achieved First Oil at 11.20pm on 29th December, 2018“.

In end-of-year statement, the release by the NNPC spokesman stated the NNPC GMD relayed to staff, a save of $1.7billion dollars by NNPC, with corporation’s Joint Venture (JV) partners over a five-year tenor repayment plan, saying already the corporation has defrayed $1.5billion of the arrears.

Dr. Baru made the promise that NNPC would stick to the Repayment Agreement with the JV Partners while transiting to self-funding IJV modes with the corporations partners, saying that tiding up the Cash Call issues has led to increased commitment and enthusiasm to invest in Nigerian Oil and Gas Industry even as it has also boosted NNPC’s credit profile internationally.

He concluded the achievements of NNPC in the Upstream sector by listing other milestones achieved by his team to include: reduction in contracting cycle for Upstream Operations to nine months from an average of 24, even as the corporation targets a six months cycle; lowering of production cost from $27/barrel to $22/barrel; and improving on the security situation in the Niger Delta through constructive engagement and dialogue with relevant stakeholders.

He revealed that in the frontier basins, NNPC has intensified explorations activities in the Benue Trough, with the expected spudding of Kolmani River Well 2 on 19th January, 2019.

He explained that activities would resume in the Chad Basin as soon as there is a greenlight on the security situation in the enclave.

Dr. Baru said NNPC would bridge the medium-term domestic gas supply deficit by 2020 through the corporation’s Seven Critical Gas Development Projects (&CGDPS), adding that a reputable Project Management consulting firm is collaborating with an NNPC team to achieve accelerated implementation of the projects.

He assured that full implementation of the project would boost domestic gas supply from about 1.5bscf/d to 5bscf/d by 2020, with a corresponding 500 per cent increase in power generation and stimulation of gas-based industrialization.

Dr. Baru said all existing power plants in the country now had a permanent gas supply pipeline infrastructure, even as he stressed that the corporation would continue to expand and integrate its gas pipeline network system to meet increasing domestic gas demand.

In the Midstream Refinery Sub-sector, Dr. Baru regretted that the nation’s three refineries had not undergone Turn Around Maintenance (TAM) for an aggregate of 42 years combined.

Despite the challenge, he explained that major rehabilitation works were carried out in all the three refineries, saying, WRPC has its Distribution Control System (DCS) successfully upgraded, PHRC had major interventions in Fluid Catalytic Cracking Unit (FCCU) and Power Plant Unit (PPU) fixed, while KRPC was undergoing major repairs of its FCCU, Catalytic Reforming Unit (CRU) and Crude Distillation Unit 2 (CDU2).

He noted that efforts were afoot to get the original builders of the refineries to carry out TAM on them after securing favourable private funding for the exercise.

In the Downstream Sector, Dr. Baru noted that even though 2018 was riddled with some supply shortages, he was delighted that the corporation rose to the occasion with the support of President Muhammadu Buhari and the resilience and hard work of NNPC staff, saying as, at today, there is fuel availability in the nook and cranny of the country.

“It gladdens my heart to hear the positive comments made by motorists and filling-station owners during my routine checks on some filling stations at the eve of Chrismas”, Dr. Baru stated.

The GMD disclosed that NNPC imported a total of 15,874,734.82 MT of Premium Motor Spirit (PMS) otherwise called petrol through the DSDP and the NFSF arrangement in 2018, representing 62% increase over the 2017 supplies of 9,807,264.61MT, saying that as at today, the national oil company has 2.98 Billion litres, equivalent to over 59 days sufficiency at 50 Million litres daily evacuation rate.

Dr. said the corporation’s depots had been resuscitated and put to use through decanting of over 140 Million litres of PMS nationwide, explaining that systems 2B and 2E pipelines supplying petroleum products to South West, South-South and South East Regions have been resuscitated.

GMD assured that NNPC was on track in respect of the corporation’s Twelve (12) key Business Focus Areas (BUFA), and the vision of President Buhari to improving the status of oil and gas infrastructure through ensuring products availability to support national economic recovery and growth.

He lauded the contribution of the corporation’s Downstream outfit, NNPC retail, saying it played a significant role in ensuring a continuous supply of petroleum products to Nigerians through its Mega, Affiliates and Leased stations.