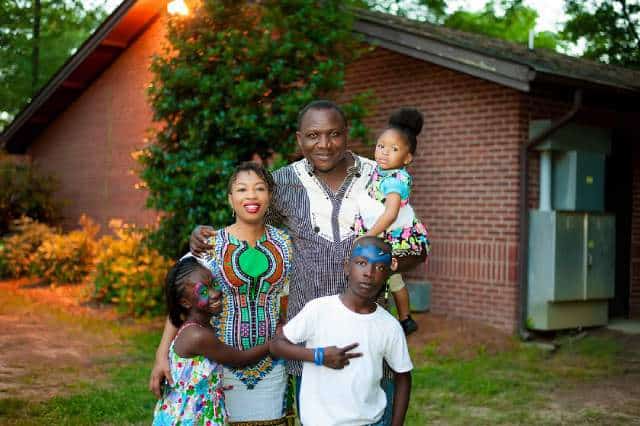 Nollywood Actor, Wale Adebayo, has revealed why he left Nigeria for the United States of America, he revealed that it’s not due to the earning in the movie industry.

During an interview with Sunday Scoop, Adebayo revealed that it was not his intention to relocate to US at the time he did, but his living condition and that of his family was already deteriorating and so he didn’t have any option but to seek greener pasture.

“For me, relocating to America wasn’t by choice; the situation of Nigeria played a huge factor in it. At some point, I told myself that I had a family to feed and the industry wasn’t as favourable as it should be. I stopped thinking about myself alone and the need to save my acting career. I wanted to do something for my kids.”

Adebayo added that after relocating to America, he ventured into something new. He stated,

“It wasn’t easy for me to leave what I enjoyed doing for another life in America. But the most important thing is that I am not where I was four or seven years ago. I am in a better place now and my family is more comfortable.”

He also lamented that it was quite disheartening that despite the effort he put into his acting career, he didn’t get the best from it.

“I did everything to make a living out of acting but it just didn’t work for me. That is why I respect the likes of Richard Mofe Damijo, Ramsey Nouah, Kate Henshaw and Sola Sobowale. Even when they disappeared from the scene for some years, it seemed they never left once they returned. I call it grace. I have also learnt that an actor should never relax even though he has made a huge impact.”