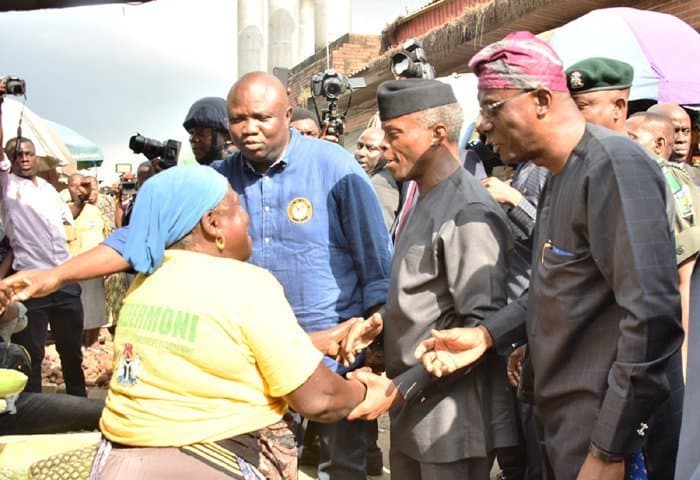 Immediate past Governor of Ekiti State, Mr. Ayodele Fayose has said the Federal Government TraderMoni Scheme was not only an avenue for advanced votes buying but direct “relooting of the Abacha loots.”

Asking the economic sense in the Vice President, Prof. Yemi Osinbajo leaving Abuja and spending about N25 million on maintenance of presidential jet as well as allowances for himself, aides, protocols, security and others just to share say N10 million.

Fayose said if the Federal Government was sincere about the TraderMoni, the fund should have been paid into bank accounts of beneficiaries so that the disbursement can be traced and properly audited, adding that “When I was governor, more than 20,000 people got N5,000 monthly stipend and the money was paid into their bank
accounts.”

In a release issued on Monday by his Media Aide, Lere Olayinka, and made available to Naija News, the
former governor, who is also the Southwest Coordinator of the Peoples Democratic Party (PDP) Presidential Campaign Council said Nigerians had already seen through the deceit of the All Progressives Congress
(APC) led federal government and will respond appropriately with their votes in 2019.

Fayose said it was even funny that the same President Muhammadu Buhari who insisted that the late Gen. Sani Abacha never stole was the one taking pride in his government use of a phony TraderMoni scheme to
reloot the $322 million recovered from the loot he (Abacha) stashed in Switzerland.

He said “If not that the TraderMoni was to reloot the recovered Abacha loot, the proper way was for beneficiaries to be captured biometrically and the N10,000 paid into their bank accounts instead of the Vice President going to the market to share cash.

“Most importantly, there is nowhere that the Vice President will travel to outside Abuja that he won’t spend up to N25 million on his allowances, maintenance of Presidential Jet and the allowances of his retinue of aides, including security men.

“Therefore, of what economic sense is going to say Kano to share the N10,000 cash to 1,000 people? Isn’t spending N25 million to share N10 million same as being penny wise pound foolish?

“How will the disbursements be audited since there is no record? Why not just take inventory of the beneficiaries, capture them biometrically and pay the money into their accounts so that no one will be able to collect the money twice and in future, the beneficiaries can be traced?”

Fayose, who accused the APC government and its functionaries of hypocrisy, said; “These are the same people that criticized our stomach infrastructure scheme then but are doing the same thing in the wrong way now.”

He said 2019 will be the year Nigerians will be freed from the hypocrisy and deceits of the APC, adding that plans by the party to rig the presidential election will fail.