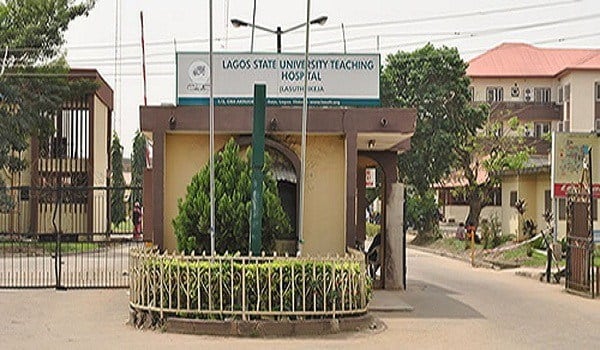 LASUTH Doctors Show Donate Blood To Members of The Community.

The Association of Residents Doctors, Lagos State University Teaching Hospital (LASUTH), Ikeja, says its members will donate 100 pints of blood as contribution to the development of the community and patients care.

The association’s President, Dr Ajibola Salami, made this known during a blood donation exercise by the doctors in LASUTH, held on Friday in Lagos.

The exercise was part of activities lined up for the association’s 2018 Scientific Conference and Annual General Meeting with the theme: “A Healthier Nigeria: Roads and Road Blocks.’’

Salami said: “The blood donation is very important, because as doctors in LASUTH, we know a lot of people are dying due to absence of blood and blood products.

“Sometimes, it is difficult to find some blood groups that you have to go all the way to farther hospitals, including private ones, yet we still do not get blood products.

“So, doctors will donate blood; we are going to donate one pint of blood per doctor, that is, we will be donating 100 pints as we expect 100 doctors to donate.

“This is our contribution to availability of blood and its products within the hospital.’’

The association president said he had been a blood donor for more than seven years and donated once every year.

He urged members of the public to also donate blood voluntarily and contribute their quota to the development of the community and patient care in the state.

“We need people to be aware that they can donate blood freely and contribute to society generally, blood is not enough in our hospitals.

“When we have emergencies and surgeries, we need blood; we do not have artificial blood, but blood is collected from people and given to others in need of it”So, it is never too much,’’ Salami said.

Also, a donor, Dr Abdusalam Moruf, who is a past president of the association, said he had been a voluntary blood donor for five years.

He noted that it is a tradition he has sustained, having realized that the aim of donating blood includes saving lives.

“There are a lot of benefits for someone to donate blood, both to the donor and those to receive blood, and of course, the gratification you will receive from it as a donor.

“It is encouraged that a healthy individual should donate at least twice or three times in a year, because, most times, medically, the red cells in our bodies are changed every 90 days.

“Donating blood also helps to nourish oneself, so that you are replacing the old blood in your body; there is a lot of medical benefits to that as well,’’ Moruf said.

Taofik said donating blood did not have anything to do with age, weight, race or religion.

“However, if you are fit, it is encouraged to donate, and it helps your blood system to regulate.

“I started to donate blood from 400 level as a medical student till date; I have been a donor for 12 years and I donate to help patients in need of blood.

“It is difficult to get blood; sometimes patients are financially constrained to get.

“I urge people to donate blood. You will not lose anything; be compassionate and help to save lives,’’ the medical officer said.

NAN reports that other activities lined up for the AGM include a scientific conference and medical outreach for public servants at the Public Service Office in Alausa, Ikeja.