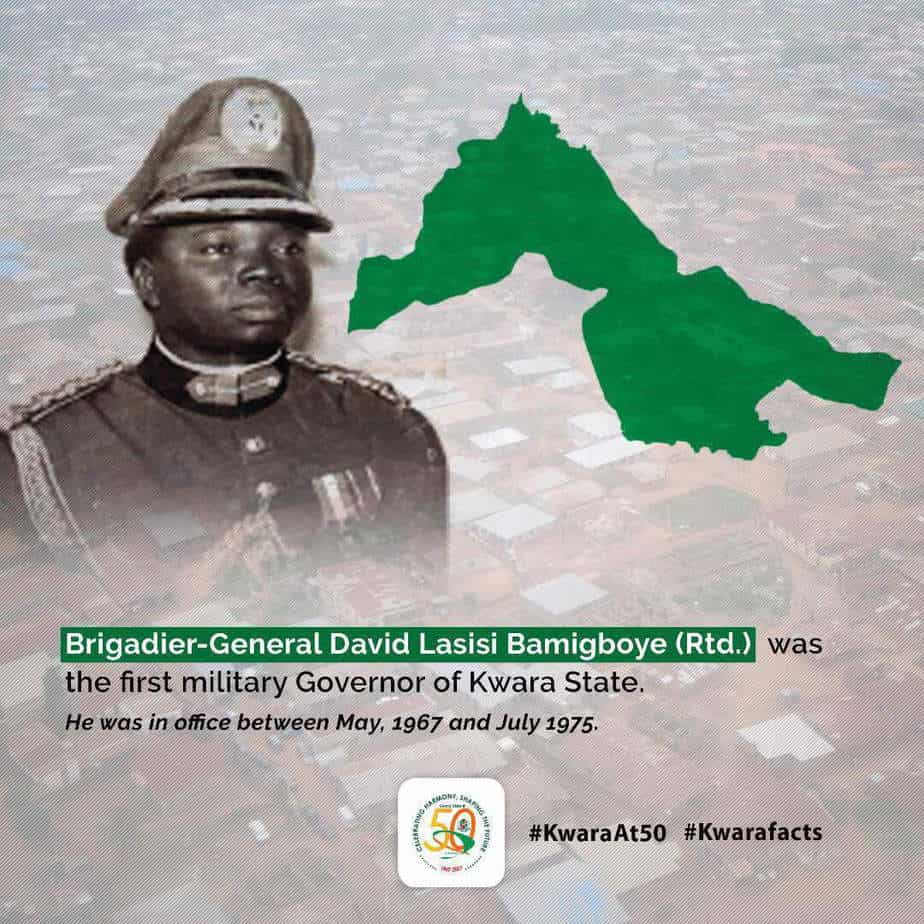 The death of the first military governor of Kwara state, Brigadier General David Bamigboye (rtd), has just been confirmed by family members.

The news of the sad development was confirmed to NAN by the younger brother to the deceased, Theophilus Bamigboye, also a retired Colonel.

According to him, the former military administrator died on Friday after a brief illness in Lagos.