I Was Treated As Stranger In APC - Dogara | Naija News 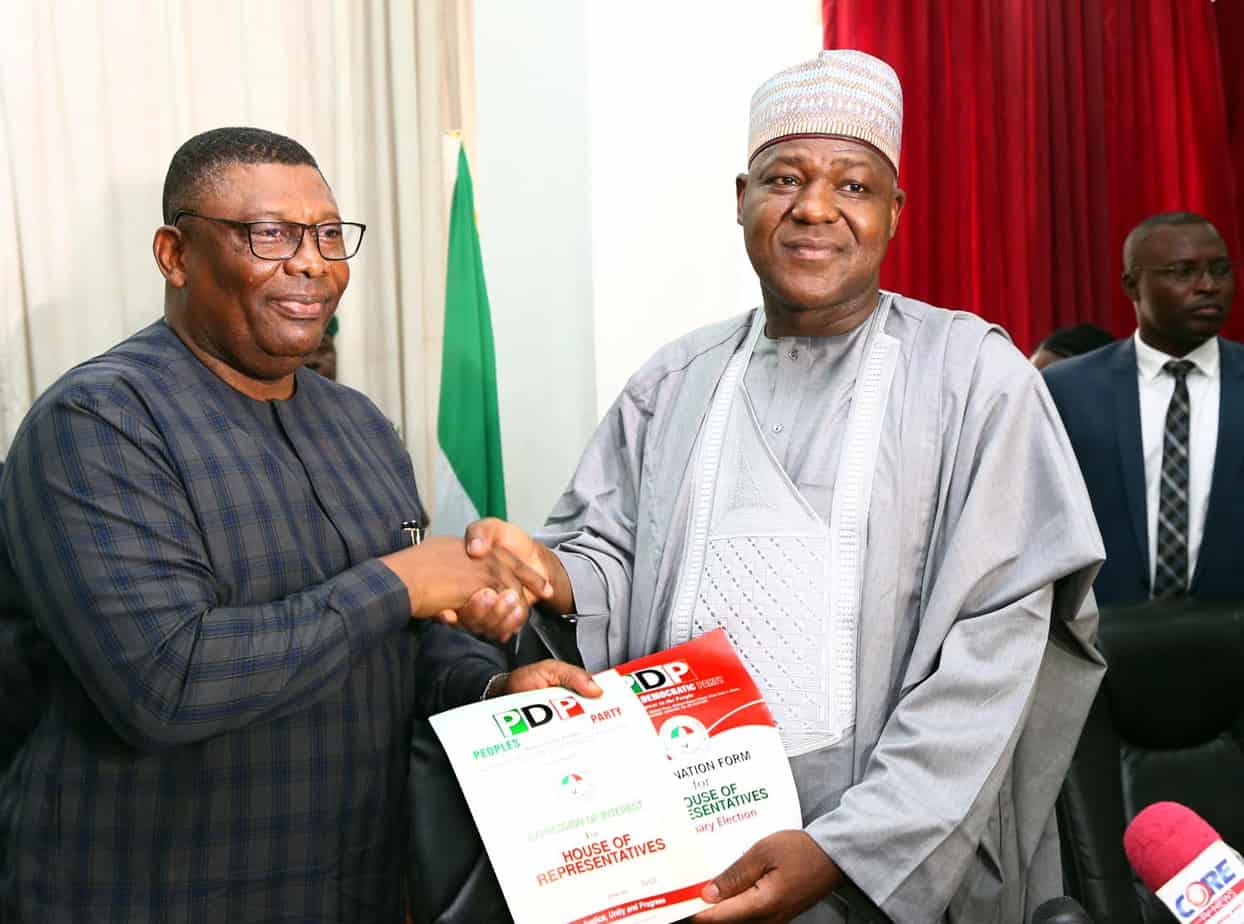 Speaker of the House of Representatives, Hon Yakubu Dogara, has explained that he left the All Progressives Congress (APC) because the party was not committed to keeping the promise it made to Nigerians at both state and federal levels.

Speaking when he submitted his nomination and expression of interest forms at the PDP secretariat in Abuja, he also noted that the APC’s initial agenda of bringing positive change to Nigeria had been thwarted by “the rebelliously wayward sense of entitlement of some people.”
It would be recalled that last week, his constituents purchased the PDP nomination and expression of interest forms for him and urged him to dump the ruling party following high level of injustices meted against them in Bauchi state.

Denouncing the notion that he left for PDP because he was not sure of securing a return ticket in the 2019 elections, Hon Dogara said he was moved to defect because he could not continue to function within a system that his conscience was not in alignment with and where he was not welcome.

He added that he was one of the drafters of PDP’s first constitution, and that the party is a place where he feels the dream of making Nigeria better for all can be achieved.

Hon Dogara said, “For some of us who are here who are wondering, because it has been said that I cannot move from where I was to, perhaps, any other political party, that discussion has been ongoing, so today’s event marks the end of all speculations .

To begin with, I was a founding member of this party, which is what a lot of people do not know. I worked with Professor Yohanna Madaki of blessed memory, as a junior counsel, and we helped to put together the first PDP Constitution. For anybody who doubts that, I have the rough working sheets with me today, I can produce it.

“So, this is home to me but on account of certain developments, I had to leave the party for another party for Nigeria’s nationhood, then believing that we were teaming with spirited people to build a new Nigeria.”

Going further, he explained that in his home state Bauchi, the party has failed to deliver on all the promises made by him and others who campaigned across the state for the governor to be elected.

The speaker stated that only those who have lost their conscience will support the current order in Bauchi State because APC has not fulfilled a single promise made in 2015, with the situation on the national scene not much different.

“Well, I do not want to be a prophet of lamentation. I am not known to be lamenting too much but everybody know where we are, particularly in Bauchi State, all the stakeholders are here. It will take someone who has lost his conscience to still support the order that is in the state. I was part of the people that built the APC in the state, I went round the state campaigning for the APC and I can tell you that we have not fulfilled a single promise that we made.

“Nationally, we all know what is happening. I will speak to that, maybe, in another occasion I will tell my story in a way devoid of sentiments, so that the people can clearly understand the reason why I am taking this decision that leads me to the PDP today, and I will certainly do that. But permit me to say that in the APC that we are leaving, they are not all devils, there are wonderful people in APC but they are equally some people who have what I will call a rebelliously wayward sense of entitlement and these really are the problems with the APC.

“When it serves their interests, they say the party is supreme, when it doesn’t serve their interest, they castigate the party, including the leadership of the party. These are people who are the lords of the family; they do what they will while others are required to do what they must and in such environment, really, I am disabled. We have a lot of bouncers in the party, these are the bouncers. For me, I knew that I was in a situation where I had a very seared conscience. Even when a lot of people were happy with me, but I can tell you that I would rather be hated for who I am than be loved for who I am not. So, I have decided to come back to my original roots because the truth is that we went back to the APC, after the general elections, there was never an occasion in which we were not reminded that we do not belong. When there are discussions, you will hear reference to the fact that those who joined us from the PDP are our problems. So, that discussion will end as from today.”

He dared anyone who has boasted of retiring him from politics to meet him on election ground at Bogoro/Dass/Tafawa Balewa Federal Constituency.

“So I have decided to join the brothers and sisters of this great party, the PDP, so that we can chart a new frontier in our state, Bauchi, and chart a new frontier for our dear nation, Nigeria. This, we will do, with courage, with commitment, with passion to build a Nigeria that works for all of us, all of us.

“That is the challenge that is before us. So, I am here, not because as others have said, they have denied me ticket to contest in APC. That is what they will say, but it is not true and I am really not bothered at this moment about contesting elections. What bothers me is the state of my state, the situation in which our people are and the state of this country and so, even if you give me a ticket to work in a situation where my conscience is not totally in alignment with, to be candid, I cannot function effectively.