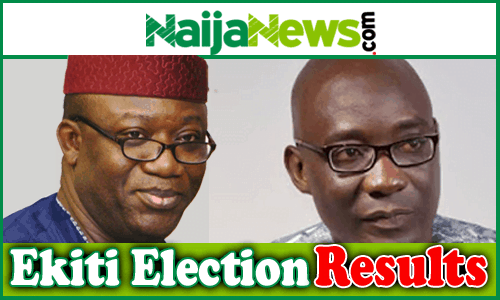 The venue of the Election Petition Tribunal hearing the case emanating from the July 14 governorship election in Ekiti State has been moved to Abuja, the nation’s capital.

The insecurity noticed at the former venue of the tribunal in the premises of the Ekiti State High court has prompted the tribunal, chaired by Justice Sulaiman Belgore, to, on Monday make the decision to move.

According to the tribunal, the lives of lawyers, litigants and court workers are at risk due to the unruly behaviour of the supporters as noticed in the first seating of the tribunal.

The Peoples Democratic Party (PDP) and its candidate, Prof. Kolapo Olusola, are challenging the victory of the All Progressives Congress (APC) candidate and governor-elect Dr. Kayode Fayemi, before the three-man jury.

Lawyers to the parties at the tribunal demanded the change of venue to Abuja but the panel, in its ruling, promised to communicate a new venue to them within 48 hours.