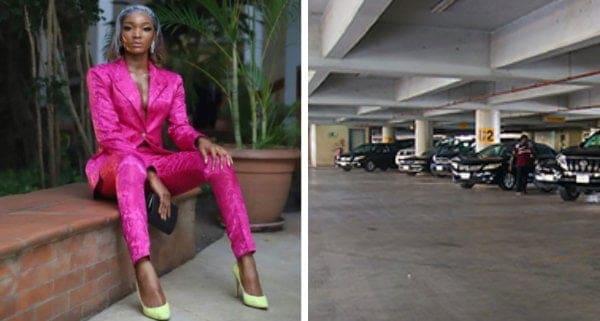 Popular comedienne, Wofai Fada, has taken to her Instagram page to narrate her sad experience when she used the Muritala Mohammed Airport car park.

She revealed that she traveled out of Lagos for a day and had to park her car at the Airport and to her surprise, there was an attempt to break into her car when she returned.

Fada, revealed that she was unable to open her car with remote and had to bring in a mechanic.

She further stated that the mechanic opened the car with a rod, and she took some steps back to watch if he would be approached by security at the car park.

According to her, after the mechanic forced the car open and even with the alarm blaring, no security man approached him.

She wrote as she shared her rant video;

It took a while ,for me to post this video , and I’ll delete it soon

but it might help Someone. Be careful where you park your car! No security anywhere. They still collected 6k for parking.”