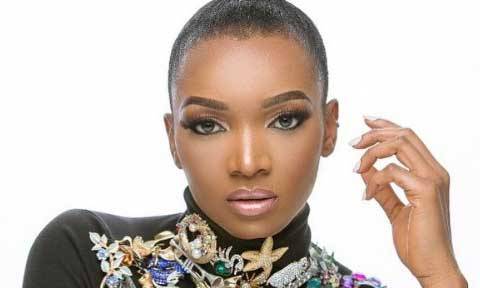 After the event, news broke out that that one of the guests at the awards had symptoms of the novel Coronavirus and as such, most people who attended the awards had the potential of contracting the deadly Coronavirus. Wofai had to test for the deadly disease because she had close contact with the patient during the event.

Both of them even took a photo together and this photo has since spread across the internet with many of the actress’s fans fearing that she may have contracted the virus.

Following warnings that Seun may have contracted coronavirus in the UK before returning to Nigeria, AMVCA attendees were all advised to self-isolate.

Lagos health commissioner, Prof. Akin Abayomi later advised that everyone who attended the AMVCA on March 14 should observe strict self-isolation as they may have come in contact with a person who has tested positive for the coronavirus.

Actress Wofai said she’s been self-isolating but was forced to take a test after people began calling her and sending text messages about the photo she took with the suspected case. She said this caused her to panic, hence the test.

here is what she has to say on her IG post

I’ve seen pictures I took with a fan ,from the last amvca award , go viral I wasn’t scared at first, but the calls and messages from everyone made me panic . After staying isolated for 14 days without any symptoms of corona , I still went for a test just to confirm and the result came out negative. thanks to everyone that reached out to me 🙏. I’m safe 💪. Be safe too. Happy quarantine🤗 @instablog9ja @officiallindaikeji 🤷‍♀️