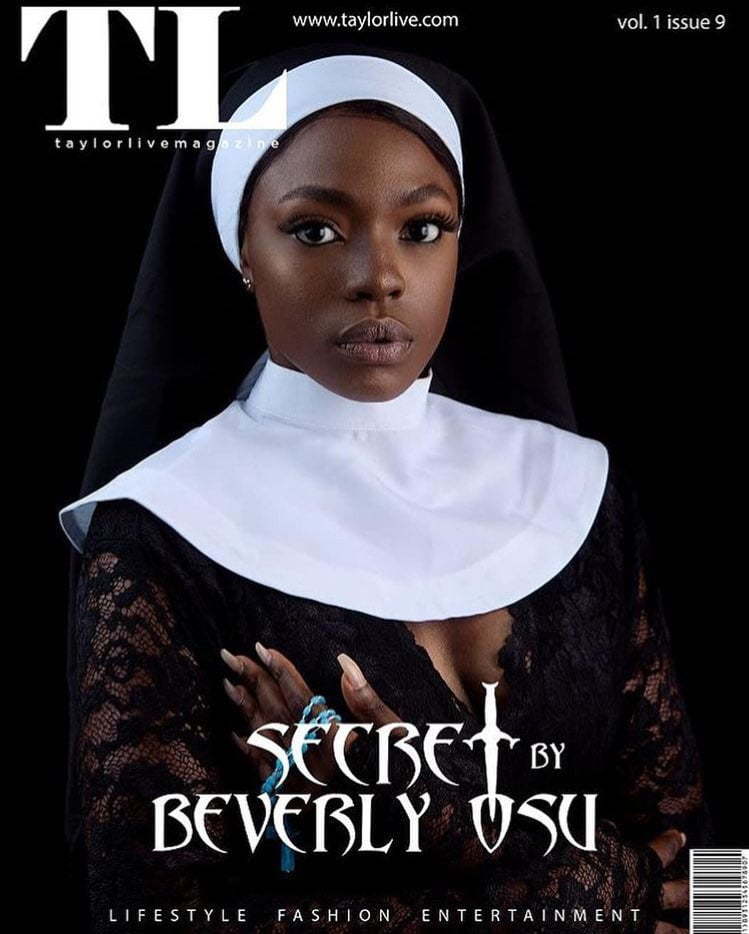 Nollywood actress, Beverly Osu, who was on the cover of TaylorLive Magazine, has replied critics over her recent pictures where she dressed as a nun.

In one of the pictures, she is seen dressed like a nun and holding a cigarette in her hand, and the other revealed parts of her body which has generated several reactions on social media.

According to her, the church has not established smoking as a sin and advises critics to focus on other important issues. 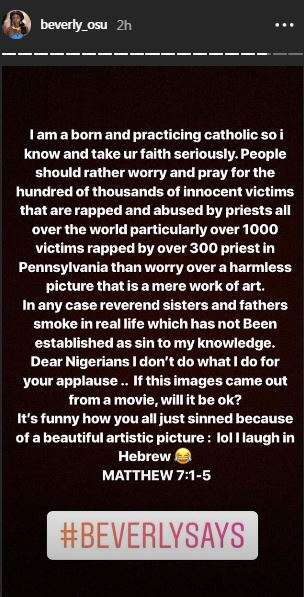