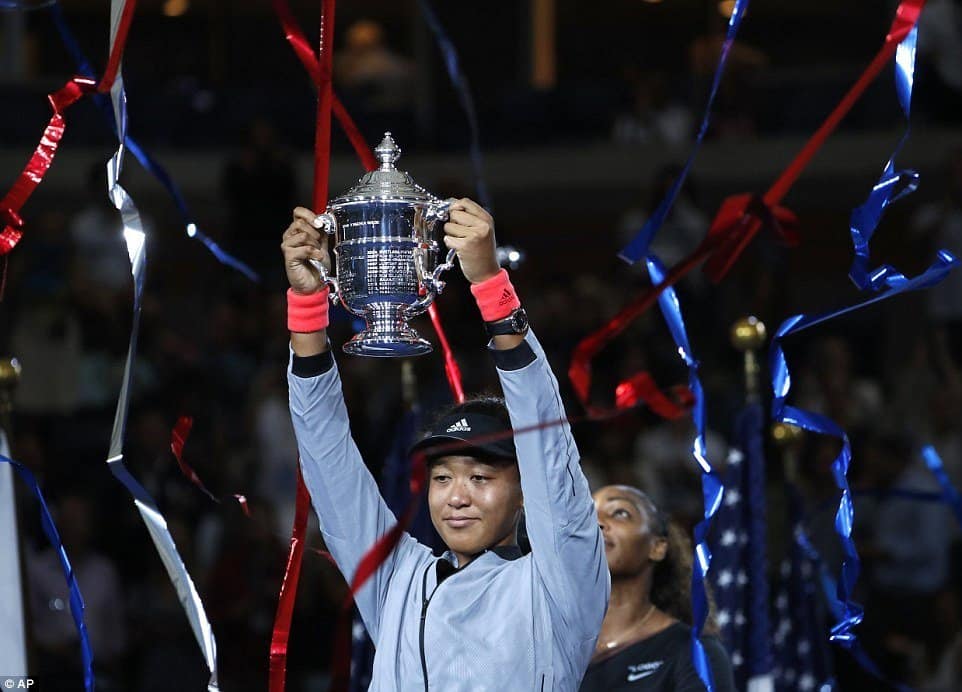 William had suffered a meltdown after she was handed a code violation for on-court coaching.

With Osaka in control of the match after taking the first set, Portuguese chair umpire Carlos Ramos sent Williams into a rage when he handed the 23-time Grand Slam champion a code violation in the second game of the second set after he spotted Williams’ coach Patrick Mouratoglou making some hand signals from the player’s box.

Frustration started taking its tolls on the American, as she went on to incur a point penalty for smashing her racket before being slapped with a game penalty at 4-3 down after she launched into a verbal attack against Ramos, accusing him of being “a liar” and “a thief for stealing a point from me”.

Later Mouratoglou admitted he had been trying to coach Williams from the stands with some hand signals but accused Osaka’s coach Sascha Bajin of doing the same.

“I am honest. I was coaching,” said Mouratoglou. “I don’t think she looked one time.

“Sascha was coaching every point too.”

The controversial finish cast a cloud over what should have been Osaka’s shining moment.

“I know everyone was cheering for her and I’m sorry it had to end like this,” said Osaka. “I just want to say thank you for watching the match.

“It was always my dream to play Serena in the U.S. Open finals… I’m really grateful I was able to play with you.”