The Senate President, Dr Bukola Saraki, as well as the governors of Sokoto and Benue states, Aminu Tambuwal and Samuel Ortom respectively have been appointed by the Peoples Democratic Party, PDP, into National Campaign Council for the governorship election in Osun State.

Saraki was appointed by the PDP to chair its National Campaign Council, while Tambuwal and Ortom are members of the council.

The national leadership of the party, will on Monday in Abuja, inaugurate the council, which also has other PDP governors and Deputy Senate President, Ike Ekweremadu as members

“The Campaign Council will be inaugurated on Monday, September 3, 2018, by 2pm at the Legacy House, Abuja,” the party said in a statement signed by its National Organising Secretary, Austin Akobundu.

“The National Working Committee (NWC) of our great party, the Peoples Democratic Party (PDP), has approved the composition of the National Campaign Council for the September 22, 2018, Osun State Governorship Election. 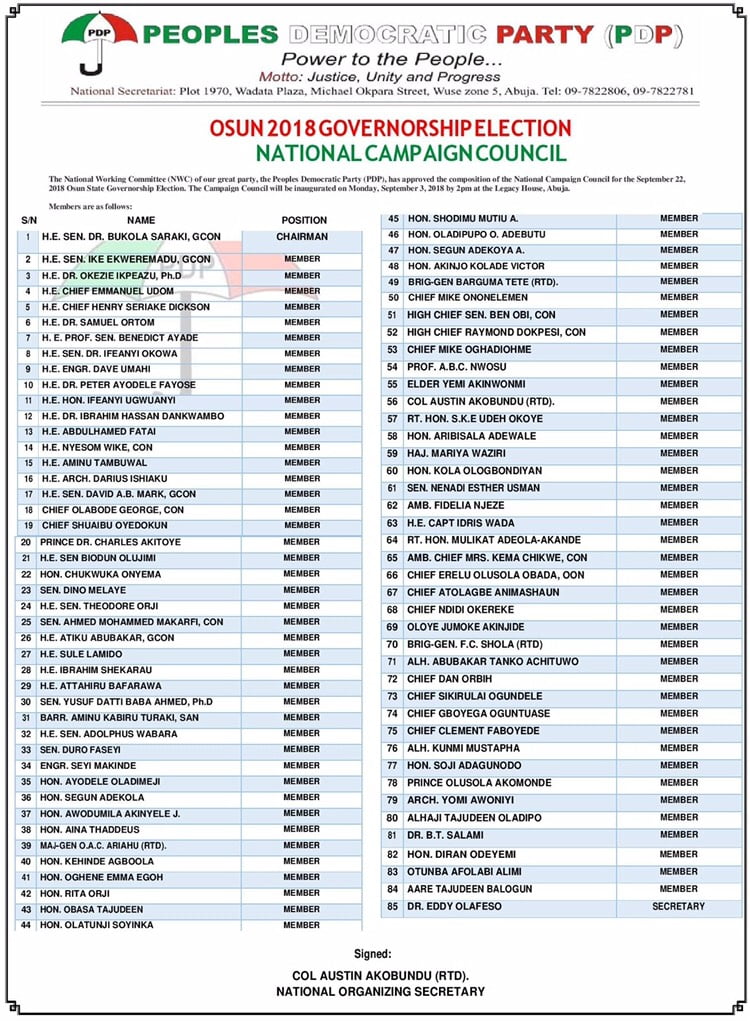