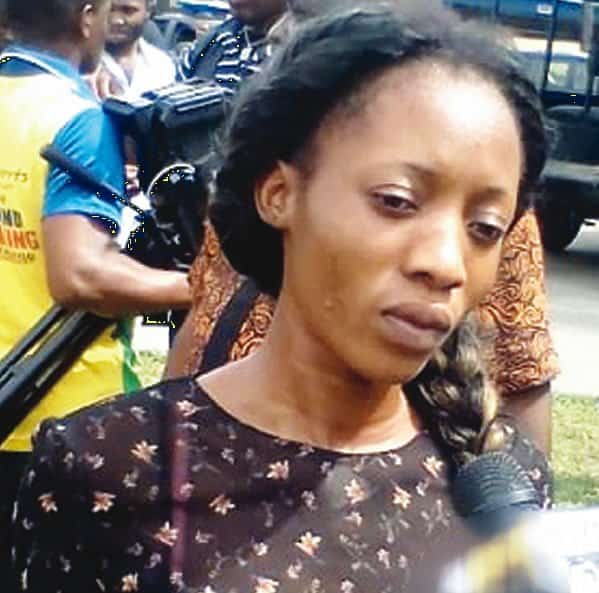 A woman, identified as Precious has narrated her experience and that of her fellow victims in the hands of kidnappers and rital killers.

Punch reports that she was rescued by men of the Rivers State Police Command on Sunday, August 12, 2018,

Precious, said though she initially thought that she was abducted by kidnappers, it was when they killed the lady and made a call that she knew that they were ritual killers.

Precious, who spoke with newsmen at the state police command in Port Harcourt, said she saw many persons, who were abducted earlier, including children, adding that all of the victims begged for mercy to no avail.

She disclosed that after killing the lady, the kidnappers put a call across to a person they described as Alhaji and told him that some of the parts were ready.

“There was confusion among them when they noticed that some security agents were trailing them inside the forest. They (ritual killers) had earlier told us that they sell human parts and not just kidnappers and I noticed it.

“I saw the other lady that was with us being shot and they started butchering her body while some were calling one Alhaji on the phone, telling him that some parts were ready.

“It was the police raid in some of their camps that made the kidnappers to be afraid. The kidnappers, out of fear, took us to another place and in the process, they started arguing and fighting one another. That was how I managed to escape,” Precious narrated.

On how she got into the ritual killers’ vehicle, she recalled, “I was returning from a church service and after the service I moved to attend a child dedication at Chokocho. So, I walked to Igwuruta Junction in the Ikwerre Local Government Area of Rivers State to board a bus, which would take me there.

“When a bus came that afternoon, I looked carefully and saw four women and three men already in the bus before I joined, thinking that it was an ordinary bus.

“Immediately, we passed a police checkpoint, the driver parked the bus by one side of the road and they ordered everybody to alight from the bus. They blindfolded us and the next thing I realised was seeing myself and others in the forest.”

She said her captors kept moving her and the others from one place to another in the forest when they noticed that the police anti-kidnapping unit had begun to raid the forest.

Precious urged the police to raid the forest where she escaped being killed by the ritual killers, saying that many victims, including children, who were kidnapped by the hoodlums, might still be in the bush.