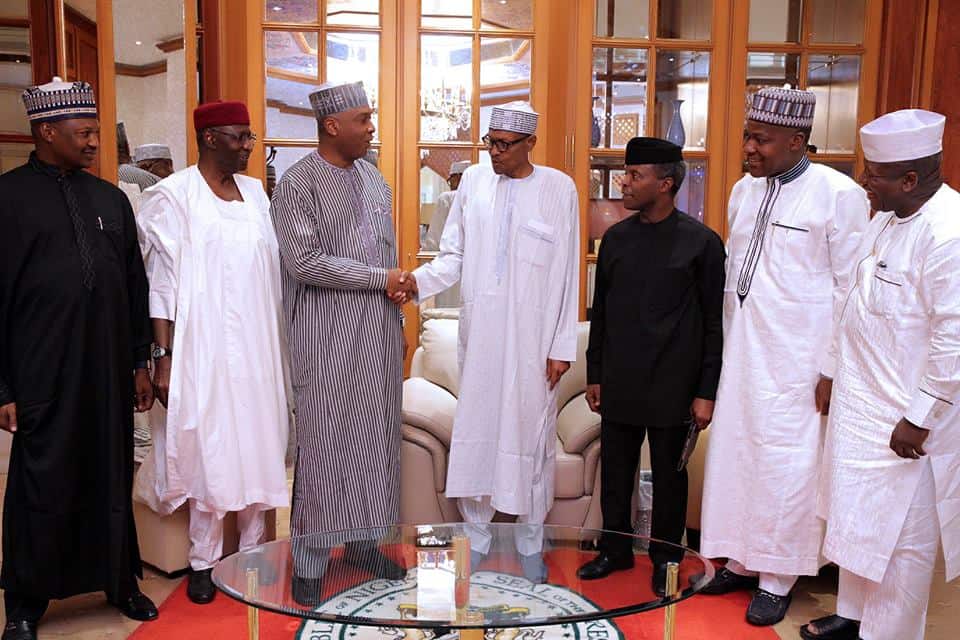 The Presidency has appealed to the leadership of the National Assembly to reconvene as urgent matters pending before it may affect the running of Nigeria and affect Nigerians.

The appeal was made by the Senior Special Adviser (SSA) to the President on National Assembly Matters, Sen. Ita Enang at a news conference in Lagos who said that some of the pending urgent issues before the adjournment needs to be attended to by the Senate.

Enang also said that the supplementary funds would enable the Independent National Electoral Commission (INEC) to commence preparation for the 2019 polls.

Other  pending issues are several key appointments for the EFCC, ICPC, Deputy CBN Governor and AMCON among others. Enang said that although the Senate had lined up those matters before the adjournment, there was need for them to resume because of the urgency required for the approval.

“We are appealing to Senate leadership and all caucuses of the National Assembly to see this as a clarion call for the good of the nation.

“As the Liason Officer between NASS and the federal government, I know it is not the intention of the Lawmakers to make Nigerians suffer.

“The NASS vacation is usually planned to coincide with school vacations so that members can spend time with their children. However this is an election year and the budget has just been appended to hence the urgent need to give approval for Supplementary funds for it.

“We are not compelling them, we are appealing to them. As a liason officer between the Presidency and the NASS, my duty is to make sure that both arms stay together and work in harmony” he said.

On the defections in the house, Enang explained that it had nothing to do with the performance of President Muhammadu Buhari and that the issues for defection were personal and domestic to the political actors.

According to him, the defections are perennial and usually happens in election years where politicians look for platforms to achieve their aspirations.

“In all the defections, they have maintained that they do not have problems with the federal government.

‘There is too much competition within the major political parties. Politicians study the platforms and would not want to be where they may not get the tickets especially for those seeking re-election. Some need automatic tickets but their party may say no.

“Defections are not a sign of anything to worry about in a political party. None of the defectors is complaining about executive treatment of their people but about winning nominations for tickets outside,” he added.