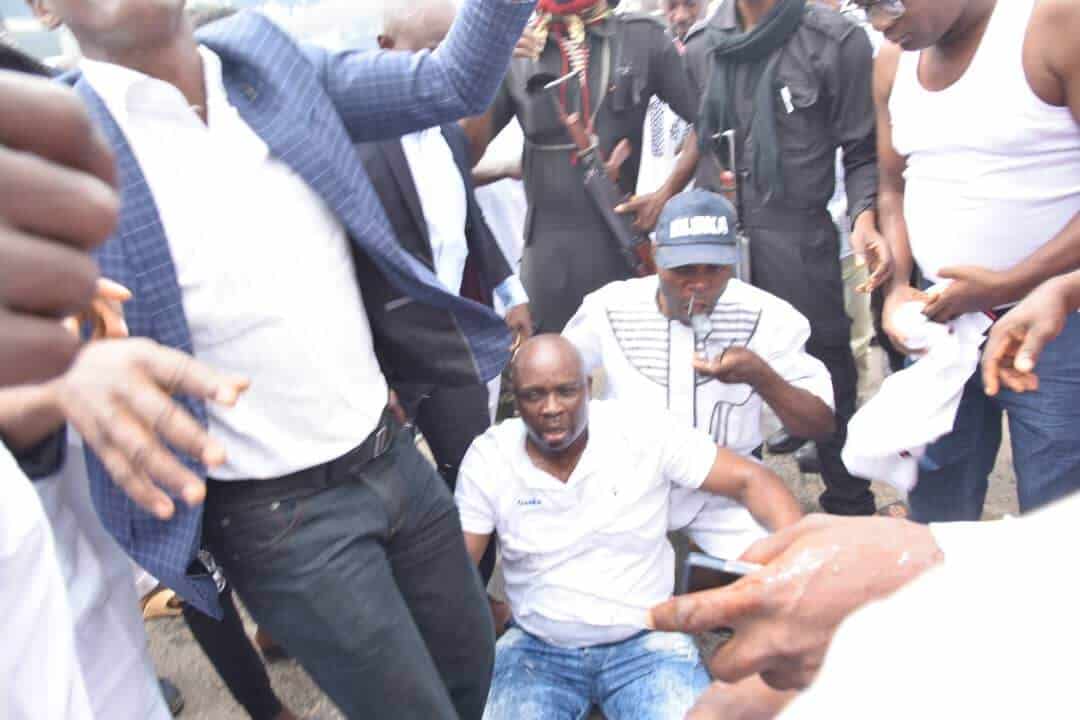 The Deputy Inspector General of Police (DIG), Operations, Mr. Habilal Joshak, has denied the claims that he ordered his men and officers to use teargas on the crowd.

“What I said was that those massing for the rally should be asked to leave because it is not good going by the mood of the state now to hold rally or street procession. I didn’t say they should use force.

“This is an election and electioneering is a civil matter anywhere across the globe, so police as security agents can’t use force on the people.

“But I want to assure the good people of Ekiti State that such mistake will never repeat itself,” Joshak stated.

The DIG Operations had Wednesday said that no party will be allowed to hold any political rally not approved by the police until the election is held.

“But we are not going to allow any unauthorised rally that can trigger violence in the state. You can see that the state is tensed up.

“As law enforcement agents, we must be proactive and take actions that can prevent crisis rather than trying to quell it after it might have broken out,” he had said.

Meanwhile, Naija News learnt that the barricades mounted by police at the entrance to the Ekiti State Government House in Ado-Ekiti has already been dismantled.