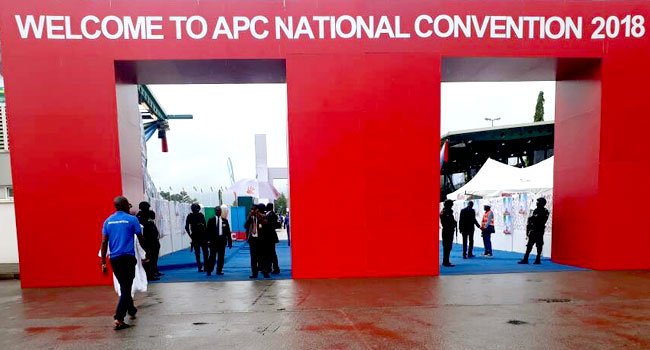 The Former Edo  State governor, Adams Oshiomhole, has become the national chairman of  All Progressives Congress has confirmed.

Naija news learnt Mr Oshiomhole was returned unopposed after a voice affirmation by party members. The party said 18 positions were unopposed, and all were affirmed on Saturday.

The names of each of the unopposed candidates were mentioned by the Chairman of the national convention committee, Governor Abubakar Badaru Mohammed of Jigawa State, while the delegates in affirmation chorused ‘Yes’.

Oshiomhole was the first candidate to be mentioned by Mohammed and the delegates chorused ‘Yes’ in affirmation.

However, Some delegates at the ongoing All Progressives National Convention have engaged each other in a free for all.

Trouble first started among delegates from Imo State before spreading to the Delta State delegates.

While the clash between delegates from Imo was brought under control by security operatives after a while, that between the Delta delegates was more intense with chairs being hurled and several people sustaining injuries.