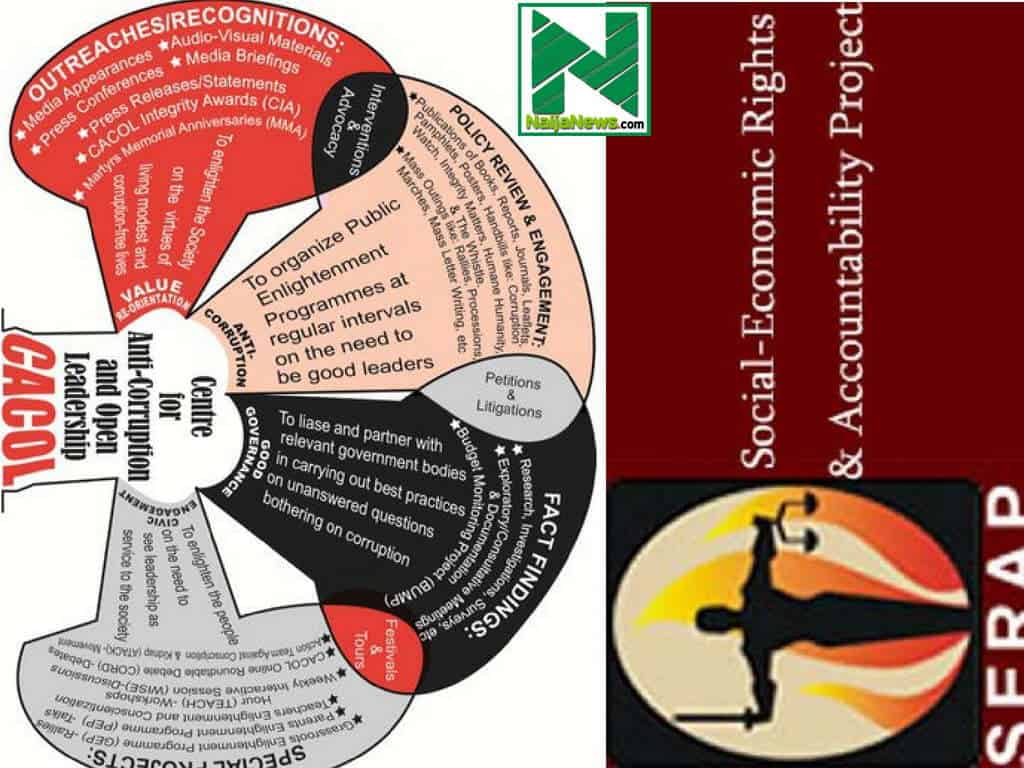 Two civil society organisations, the Socio-Economic and Right Accountability Project and the Centre for Anti-Corruption and Open Leadership, have asked the federal government to probe the $16bn power projects and perceived corrupt former leaders of the country.

The SERAP Director, Adetokunbo Mumuni, said, “We have consistently maintained the position that previous regimes have misappropriated large sums of money on projects. What should happen is that the President must look into this vacuum and bring whoever is involved to justice. Nigerians insist that impunity must not continue.

“People must be held accountable for what happened in their regimes, no matter how highly placed they are. It does not matter who the corrupt former leaders now associate with. If the President agrees with us that there is indeed misappropriation, the government should move to bring the culpable people to book.”

Also, CACOL Director, Debo Adeniran, said, “Our stand is that the Federal Government should waste no time further but should probe whoever is behind poorly implemented national projects. Now that the President has confirmed that $16bn was wasted under former President Olusegun Obasanjo, the Buhari administration needs to summon enough courage and political will to bring the culprits to book.

“Power, influence and political leanings should not be considered in bringing whoever is guilty to book.”