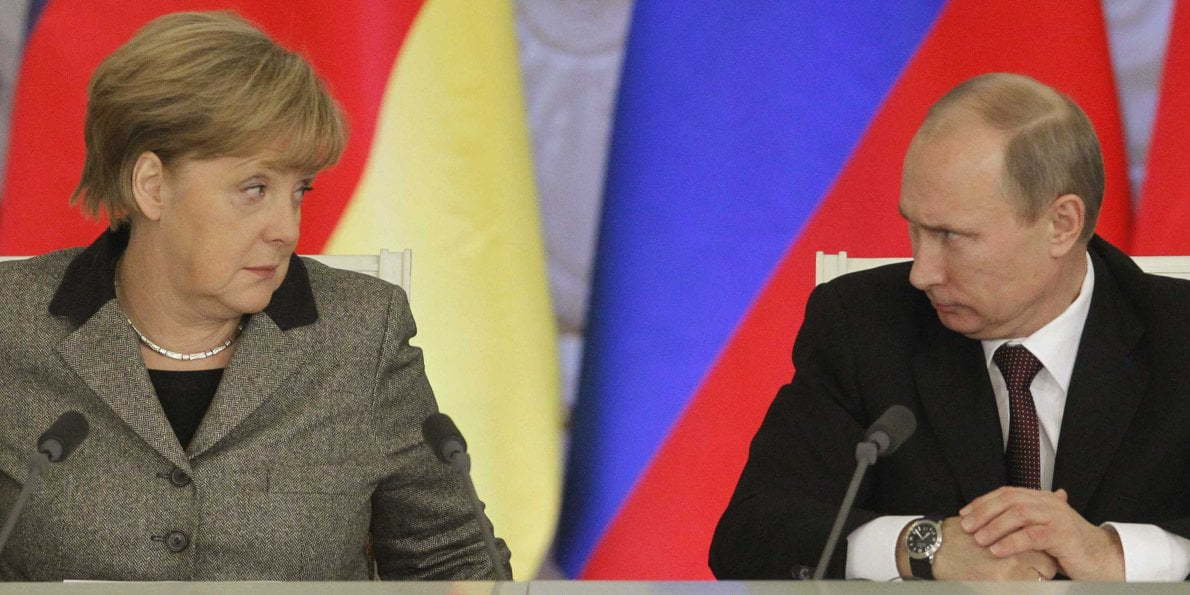 Russian President Vladimir Putin and German Chancellor Angela Merkel today agreed to preserve the Iran nuclear deal after President Trump announced the withdrawal of the United states from it.

It will be recalled that Naija news reported the decision of  the U.S. President Donald Trump  on Tuesday where the US government withdrew from the 2015 deal, which lifted sanctions on Iran in return for measures restricting its nuclear program.

The Kremlin said in a statement following the call that:

“The situation around the Joint Comprehensive Plan of Action following the unilateral withdrawal of the US was discussed. The importance of preserving the deal from a point of view of international and regional stability was highlighted,” the Kremlin said in a statement following the call.

“This breaks the trust in the international order.”Although the deal was far from ideal and many issues still remain unresolved, the U.S. withdrawal is a cause of great concern and regret,’’ she said in the Western German city of Muenster.

However the foreign ministers from the EU member countries are expected to hold a crisis meeting with Iran in London on Monday in a bid to save the deal.

The Iran agreement, formally known as the Joint Comprehensive Plan of Action, was signed between Iran, the five permanent members of the UN Security Council (China, the U.S., UK, France and Russia), Germany and the EU.