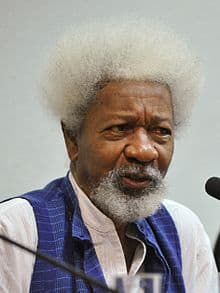 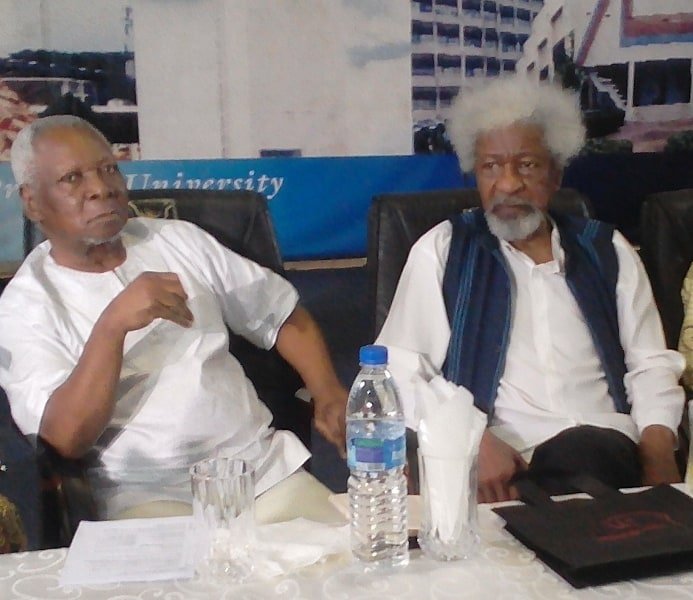 Nobel laureate, Prof. Wole Soyinka, says some politicians responsible for the current societal decay are now posing as saviours ahead of the 2019 general elections.  Soyinka therefore warned that such politicians should not be allowed to join the Nigerian Intervention Movement.

The playwright said this at the grand national summit of the NIM in Abuja on Wednesday.  Soyinka, whose speech was read out by the Director General of the NIM, Wale Okunniyi, said the movement must be vigilant and guard its identity selfishly.

He said, “You must exercise unrelenting vigilance. Prowling around you already are those recurrent interlopers whose sole aim is to hijack your efforts or infiltrate your rank with their stooges. Experienced spoilers, they are part and parcel of the very predicament you are trying to alleviate.

“The more notorious suffer from a messianic complex and a desperate need to obliterate the roles they have played in placing the nation in her current plight. They are adept at distorting history in order to acquire a false, sanitised identity.”

Soyinka also called on the NIM to avoid old politicians who would do everything possible to remain in power either directly or by proxy.

He said the movement should avoid such persons as judgment awaits them.

The Nobel laureate added, “Be jealous of your own identity in the making and protect the integrity of your mission. Watch out for geriatric encumbrances who will not leave the stage not for even the prospect of infusion of fresh blood into the prostrate hulk of a once vibrant nation.

“Judgment awaits them and the present should not grant them space.”

Also speaking, a co-Chairman of NIM and a former President of the Nigerian Bar Association, Dr. Olisa Agbakoba (SAN), said the movement was ready to fight the two dominant parties- the All Progressives Congress and the Peoples Democratic Party as the 2019 general elections approach.

He said, “Our immediate agenda is to impact on 2019. If you agree, it means we will be leaning on ourselves heavily. We cannot do it alone.

“If you want to displace the APC or the PDP, it is going to be a rough fight. It is going to be tough so let us stay committed. Nigeria is like a big company which has 200 million shareholders but less than 1,000 are active.

“The people holding you bondage are not many. So, we have to break this bondage by participating in the affairs of this nation.”

Agbakoba said the target of the NIM was the 30 million Nigerians between the ages of 18 and 40.

In his remarks, co-Chairman of the NIM, Dr Abduljalil Tafawa-Balewa, said the movement was open to persons of like minds.

He said since it had been established that the problem of Nigeria was deep-rooted, the NIM would be focusing on education.

While sympathising with the parents of the kidnapped school girls in the North-East, the former presidential aspirant said such kidnappings should not be used for political gain.