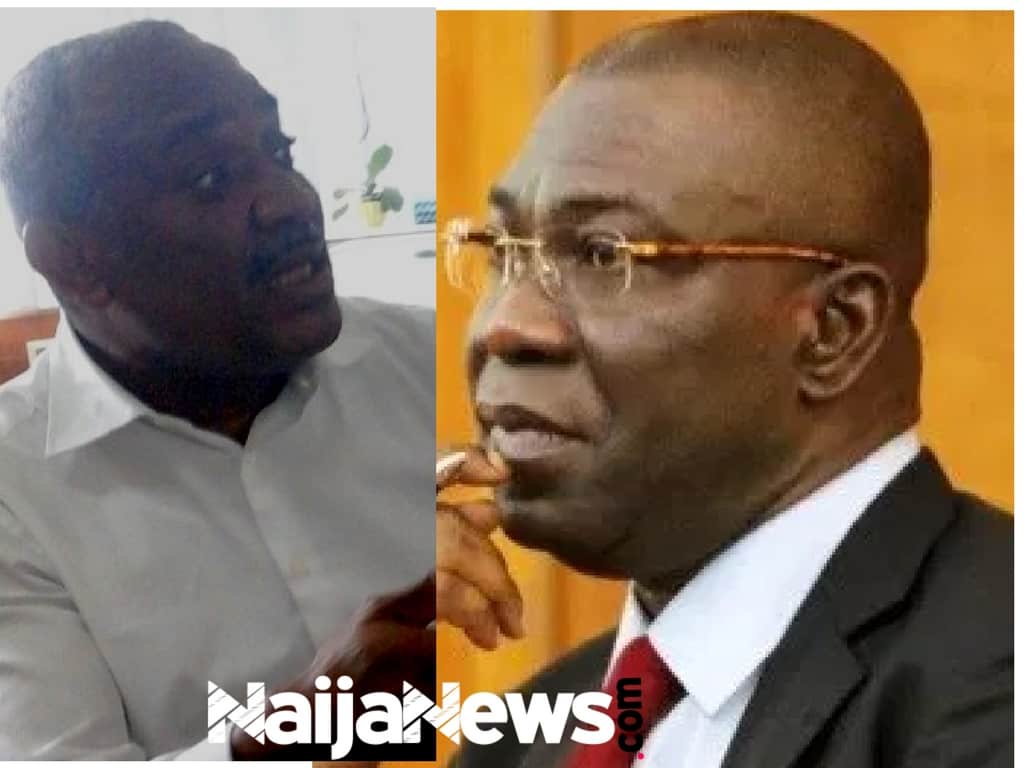 Mr. Ekweremadu in a statement on Monday said Mr. Obono-Obla in connivance with a former chief judge of Enugu State, Innocent Umezulike, and a lawyer, Tagbo Ike, broke into the probate registry to steal his will. He said the trio after stealing the document, left behind a photocopy which had in it imaginary properties.

Mr. Ekweremadu also said the presidential aide has started a campaign to smear his reputation using the instrumentality of an online medium, SaharaReporters.

Mr. Obono-Obla  while responding  to the allegations described It as ‘childish.’

“That allegation is very juvenile and I am disappointed that it’s coming from the Deputy Senate President. It’s awkward, its balderdash, it’s laughable, it’s a figment of his imagination. I’m not from Enugu state. I am a public officer, I am doing my work, he should stop attacking me.”

Mr. Obono-Obla said he has never worked with Mr. Umezulike whom he was accused to have connived with. He added that the Deputy Senate President should face the music if he has committed an offence instead of raising false allegations against him.

“If he has committed offence, let him go and face the law, let him not drag me into his personal troubles with the people of Enugu State. I don’t know Innocent Umezulike. I am a lawyer, I don’t practice in Enugu. I’m a public officer, I’m doing my work, he should leave me alone and stop being childish. The allegations are childish and if he defames my character I will sue him.

“How can he say I stole his will? What business do I have to do with his will? If he has stolen from Nigerians or if he has amassed properties he cannot explain then let him go and face the law and stop beating about the bush. If he’s alleged to have stolen, let him face Umezulike who is in Enugu state like him. I’m not from Enugu state, I’m from Cross-River. I’m just a humble civil servant, I’m doing my work and I cannot be intimidated.”