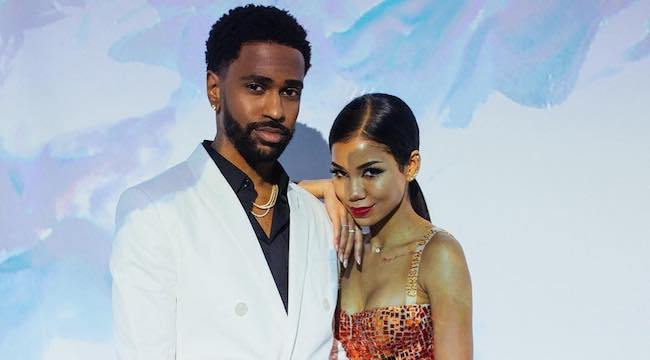 Rumors had been flying about on the Internet that Jhene Aiko and Big Sean‘s relationship was probably on the path of ending, after a report from The Jasmine Brand accused Sean of getting a bit too flirtatious with Pussycat Dolls singer Nicole Scherzinger at an after-hours Oscars gathering.

Social media got wind of the report, and Jhene allegedly unfollowed then refollowed her boyfriend on Instagram. Jhene Aiko, has taken to Twitter to clear the air about the infidelity rumours concerning her boyfriend, Big Sean.

The 29-year-old rapper even had time to respond to trolls in his Instagram comments, who had him booked for cheating without proof. “Well it’s not true at all. Y’all wasted no time though telling me how much I ain’t shit tho with no doubt in your mind…cause the internet said so? Thanks for the support,” he concluded, writing to user @Gio_bamf

sorry, but nothing about you guy’s fan fiction stories are true… I still love you tho ?

the internet is a wild place ? it’s a whole other reality. bless the internet. amen.

#BigSean responds to fans who were in his comments about him allegedly cheating on #JheneAiko with #PussyCatDoll #NicoleScherzinger. #Jhene fueled the rumors when she apparently unfollowed him, but has since re-followed and put out some tweets saying the rumours are not true, and the internet is a “wild place” –Glad to see they’re still going strong!