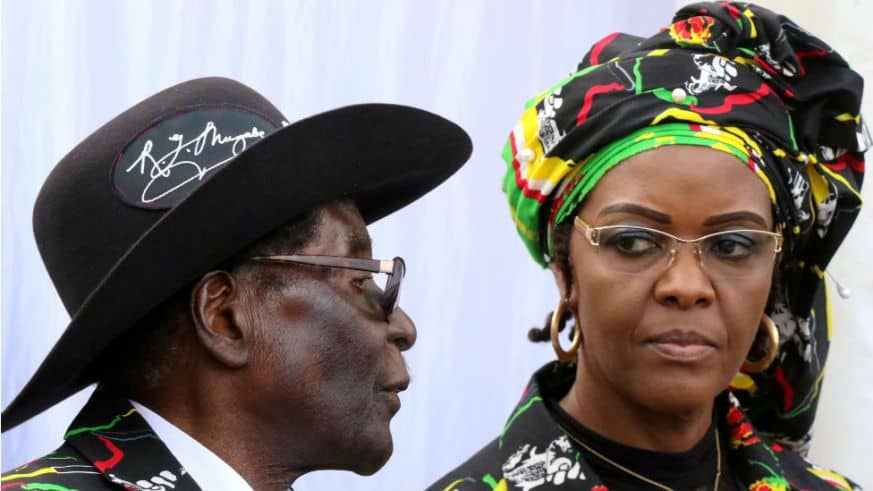 Reports show that President of Zimbabwe Robert Mugabe makes plans for his wife Grace to vacate the country to South Africa, while he gets set to step down.

A Press conference has been scheduled to hold on Thursday afternoon, Daily Sun reports.

The Zimbabwean military is in custody of the president and his presidential guard.

Ministers, a large number of whom belonged to the G40 faction led by the first lady have all been detained by the army.

Also, government offices, parliament and courts have been shut down..

Meanwhile, Emerson Mnangagwa is being heavily guarded at an unidentifed Army Barracks!!