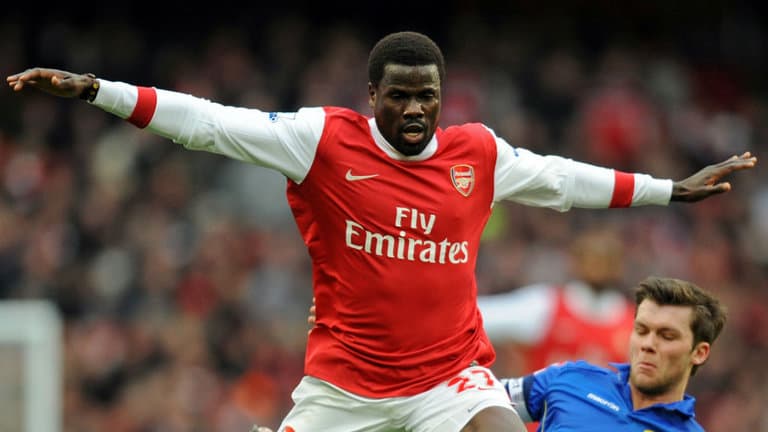 -Emmanuel Eboue’s expected transfer has been put on hold due to medical conditions.

-He will now fly to England to undergo further medical tests.

Former Arsenal defender and Ivory Coast international, Emmanuel Eboue, will fly back to England to undergo further medical tests after abnormal blood values were found in his system during his medicals.

Naija News understands the Ivorian was expected to sign for a team in Northern Cyprus Türk Ocağı Limasol but the move has been put on hold to enable the player carry out further medical tests following revelations from his medical.

According to the player’s agent, Tekin Birinci, who spoke to goal and orchestrated Eboue’s move to Limasol, he made it clear that no HIV diagnosis has been confirmed yet, contrary to reports in the Turkish media. 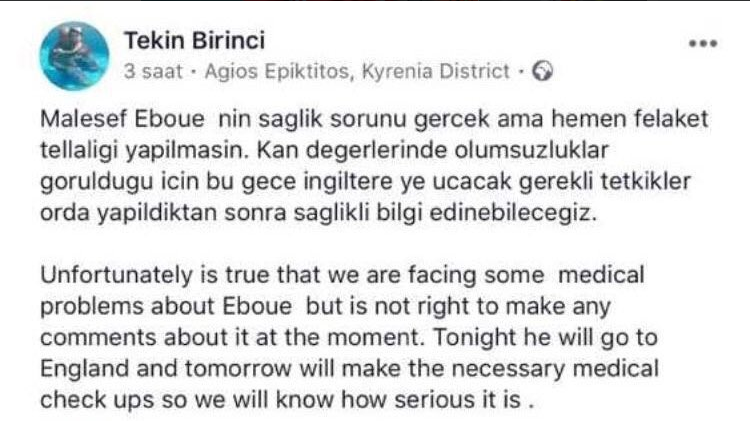 Birinci also confirmed the news on social media by writing: “Unfortunately it is true that we are facing some medical problems about Eboue but it is not right to make any comments at the moment.

“Tonight he will go to England and tomorrow will make the necessary medical check ups so we will know how serious it is.”

The 34-year-old former Arsenal and Galatasaray defender had agreed a 12-month deal with Limasol after serving a FIFA imposed one-year ban from all football-related activity for failing to pay a former agent’s €1 million fees .