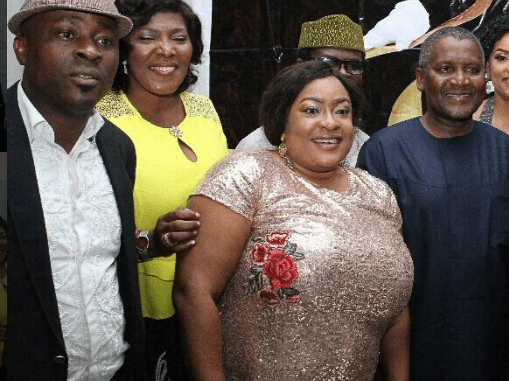 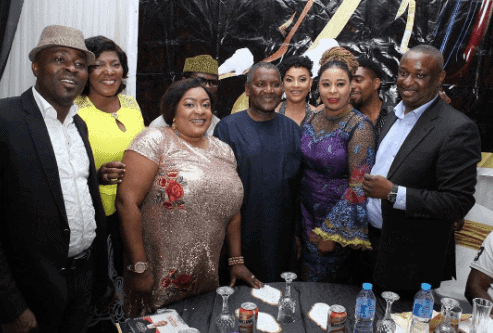 Nollywood actress, Foluke Daramola-Salako has described the famous business magnate Aliko Dangote as the most humble person on earth.

Naija News gathered that the actress met the Africa’s richest man at a party hosted by Barrister Festus Keyamo to celebrate his newest attainment as a SAN in Nigeria.

The actress expressed surprise in a post she shared on Instagram that Dangote, the Africa’s richest man could stand up to greet her at a public event. 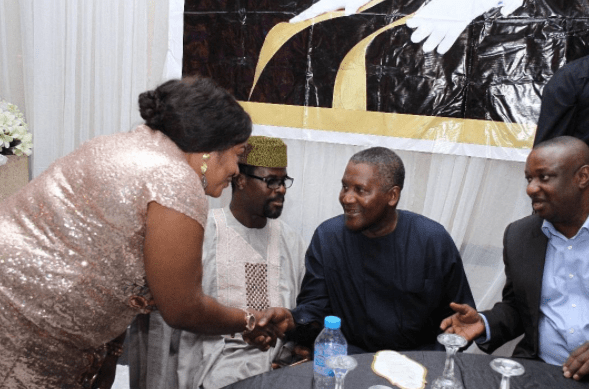 She said Dangote even exhibited this humility to the extent that he sat and interacted with them like the poorest man.

In her post, she said: “I was standing when l was introduced to Dangote by Keyamo, but to my surprise, he stood up to greet me.

“The wealthiest human being on the continent of Africa stood up to greet me. What a rare humility!

“What an uncommon virtue from the golden man of Africa. He was the richest among us, but sat in our midst and interacted with us like the poorest.” 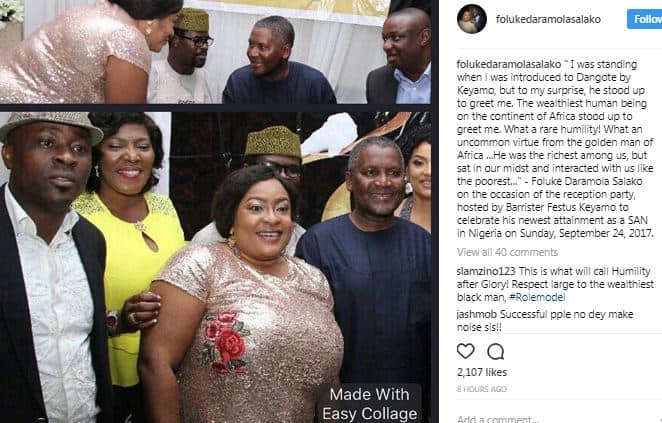