-Lagos to replace the pedestrian bridge at Fadeyi Bus stop.

-This will cause a restriction in movement along Ikorodu Road for two nights. 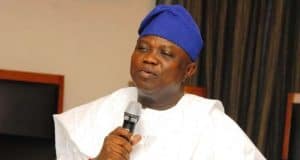 The Lagos State Government on Thursday, announced partial restriction of movement on Ikorodu Road to enable it carry out repair works on the dilapidated and disused steel pedestrian bridge at Fadeyi Bus Stop.

A statement signed by the Permanent Secretary in the Ministry of Works and Infrastructure, Mr. Olujimi Hotonu, said the government in its continuous drive to protect the lives of pedestrians on the highway, will pull down the the disused pedestrian bridge to give way for a new one worthy of the status of the State.

To effect the removal of the bridge, the State Government said the main carriage lanes of the Ikorodu Road would be closed to traffic for two nights on Saturday, 23rd September, between 11pm and 6am, and Sunday 24th between 11pm and 4am, while the service lanes will be open to traffic.

The Government also disclosed that all traffic both inward Lagos and outward Ojota will be diverted to the service lanes.

The State Government said it had put in place effective traffic management strategies to manage the traffic during the period of closure and advised all road users to comply with the directive.

According to the government, the notice of partial restriction of the road became necessary in order to enlighten motorists and other road users to utilize alternative routes to avoid delay as well as obey traffic officers deployed on the road to ease movement.

The government further appealed to residents of Lagos and other road users to exercise caution, noting that the ultimate goal of the plan was to safeguard lives and improve traffic along the Ikorodu axis of the state.