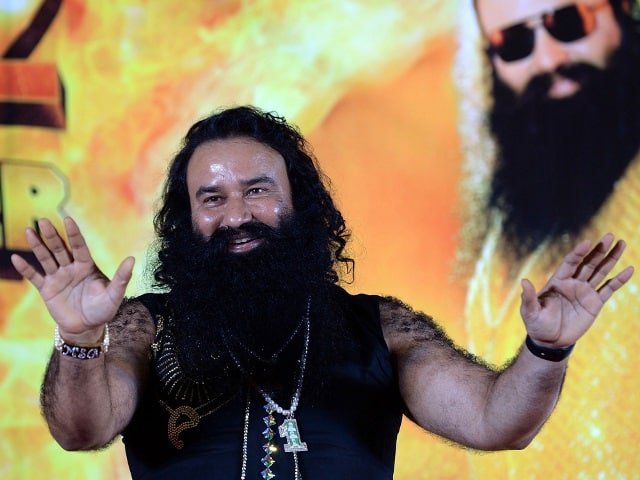 A large number of security forces were deployed across cities and towns in India’s northern state of Haryana on Monday ahead of the sentencing of a controversial guru convicted of rape.

Supporters of Gurmeet Ram Rahim Singh went on a rampage Friday after the ruling by a court in Panchkula city. Thirty-eight people were killed and more than 250 injured in the rioting.

Some 30,000 police and paramilitary personnel were keeping vigil and holding patrols across towns and cities in Haryana to prevent violence, state police chief BS Sandhu said.

The city of Rohtak, where Singh was lodged in a special jail, was under a virtual lockdown.

The 50-year-old leader of Dera Sacha Sauda, or True Deal Sect, faces a minimum sentence of seven years in prison. The judge was being flown to the prison later Monday afternoon to deliver the sentence.

The army was on standby and police have warned they might shoot at any sign of trouble.

A curfew was put in place in the town of Sirsa, where tens of thousands of followers were still inside the 1,000-acre headquarters of the sect, Sandhu said.

Haryana’s neighbouring state of Punjab and national capital New Delhi were also on high alert and many schools and colleges had been closed.

Over 900 of sect followers including its bosses have been arrested to prevent further violence, police said.

Singh has been implicated in other serious cases, including murder and forcing followers to undergo castration so they could get “closer to god”. The inter-faith sect, founded in 1948, claims to have 60 million followers in India and abroad.