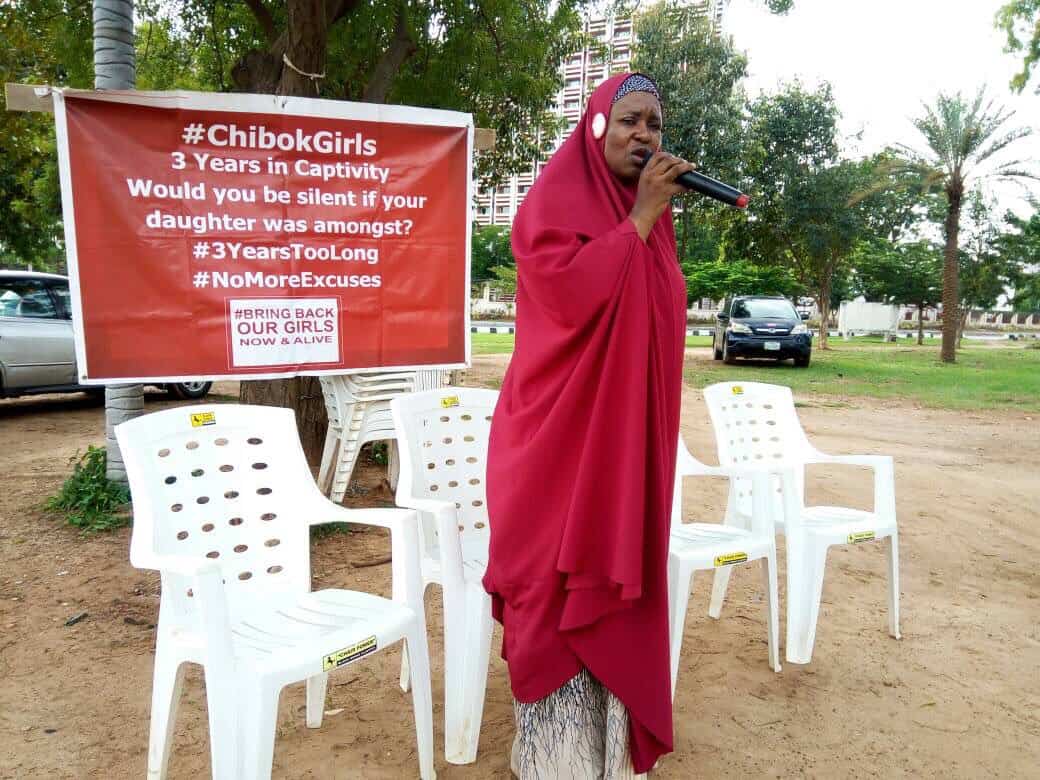 -BBOG Convener, resigns due to her request for Buhari’s resignation.

There are strong indications that the Convener of the Bring Back Our Girls group, Aisha Yesufu, has been forced to resign.

Yesufu had however tendered her resignation as the leader of the group, creating the impression that she was leaving voluntarily.

Earier this week, made known her decision to quit her position, via her Twitter handle, on August 1, 2017.

Today i step aside for my sis Ms Florence Ozor @FlorenceOzor to take over as the new Chairperson. In our leader @obyezeks we have a teacher pic.twitter.com/QxJW7GOPd2

However, Naija News gathered that Yesufu, whose group is advocating for the return of the schoolgirls abducted from their hostel in Chibok, Borno State by the Boko Haram sect, was forced to resign due to her criticism of President Muhammadu Buhari in a video on her Twitter handle on May 18, 2017.

When would we realise this Acting President thing is mere lip service and not working out? May God heal President Buhari. He needs to resign pic.twitter.com/NLWO8Jldpl

It was reported that after the open criticism by some members of the group over her call on Buhari to resign, which she insisted was uttered in her personal and not official capacity, there were indications that some members were going to remove her.

Eagle Online reported a source as saying: “The pressure had been on since she posted the interview that Buhari should step aside to attend to his health.

“She was bitterly criticised for her call on Buhari to resign as president.

“It is not unlikely that government has deeply penetrated the group as many members of the body are in open support of the establishment.

“At a meeting we held before her resignation, members seriously contested the continued leadership of the #BBOG by Aisha Yesufu, hence the decision to make her step down.

“This was effected in order to avoid an outright vote of no confidence and to preserve the integrity of the group.”

The news media also said its now glaring that the group is now divided the pro and anti establishment forces.

The source maintained that Yesufu and a former Minister of Education, Dr. Oby Ezekwesili, are the only minority voices still upholding the values that established the group, adding: “Many others have accepted a softer stance on the administration.”

After the post by Yesufu in May, a member of the BBOG, Waziri Bello, said group members  were surprised to hear such comments coming from their leader.

He said if Yesufu has decided to turn a politician, she should leave the group to pursue her ambition.

He said: “If she wants to venture into politics, then she should resign and join politics so that she can continue to attack government.

“The 82 Chibok girls rescued have just reunited with their parents.

“So if anybody could make this call, our group should go against that person because this President was able to return 106 of our Chibok girls.

“Let us allow him to fulfill his promise to us.”

But Yesufu insisted that her comments were her personal opinion as a Nigerian.

She said: “My statement for Buhari to resign over his health issue has nothing to do with BBOG.

“It is A’ishe Yesufu’s view as a citizen of Nigeria.

“The president himself had once called on another president to resign.

“If I want to venture into politics, nobody can stop me.

“I only need to ask my husband and if he allows me, I will join.

“But I am not into politics.”

New chair & out going chair, this is hw succession shld be. Our leaders need to emulate frm this great woman @MKabrik pic.twitter.com/0iWX1gJjPq

As against the indications that Yesufu’s resignation was forced, she has shared happy pictures with her successor.