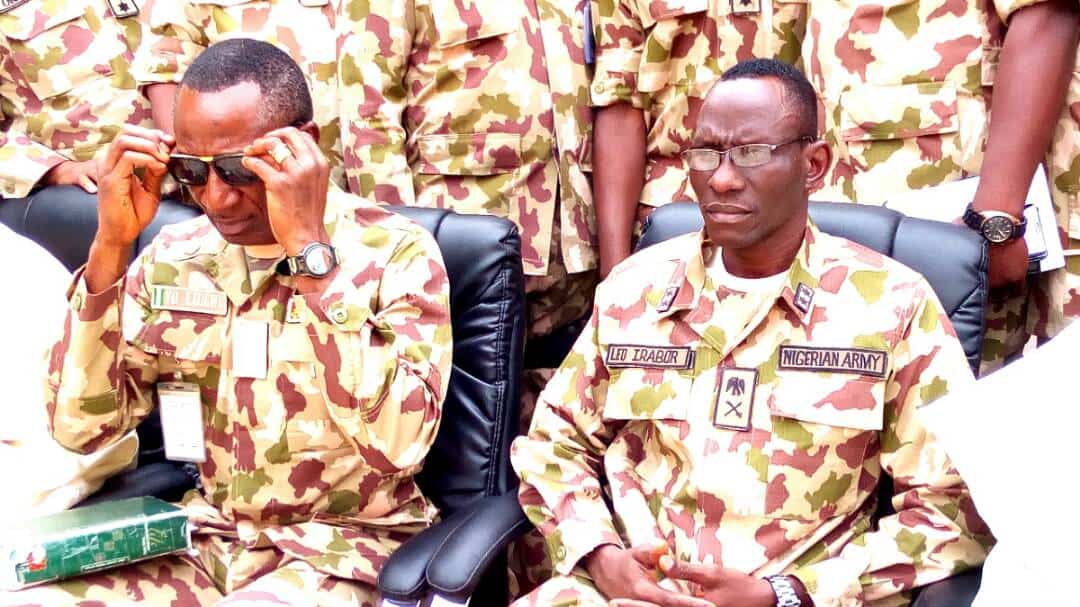 The Nigerian army has redeployed some high-ranking officers on the frontline of the war against Boko Haram insurgency, TheCable can report.

This is coming at a time when the military has succeeded in restoring normalcy to most parts of the troubled north-east.

TheCable learnt that Ibrahim Attahiru, a major general at the Nigerian Defence Academy (NDA), Kaduna, would take over from Irabor, while Ezugwu would be replaced by I.M Yusuf, a brigadier general.

Barring last minute change of plans, Irabor and Ezugwu would hand over to their successors on June 1 and June 10 respectively.

Irabor will be going to the multi-national joint task force (MNJTF), where he will take over from Lamidi Adeosun, a major general, and Ezugwu will be deployed to a military formation in Zaria, Kaduna, as a GOC.

TheCable understands that Adeosun will resume at the defence headquarters in Abuja.

The reorganisation has created mixed feelings among officers in Borno.

Some believe that the redeployment is long overdue, others are of the view that they should have been left to end the war they made a significant contribution to reducing.

A senior military officer opposed to the development said the army has never had commanders who had recorded tremendous successes in the war against insurgency like the outgoing theatre commander and his GOC.

“The theatre commander and the GOC were the only commanders who went to the war front to engage Boko Haram terrorists,” he told this newspaper.

“The GOC was always with troops on the war front and that was why we called him ‘the game changer’.

“These two powerful men have restructured the army and so far boost the morale of troops.”

Another commander, who also spoke off the record, said he felt “very bad” over the issue.

“Of course, we know that they won’t be here forever, that is the nature of this job. But I feel bad that these great men are leaving the theatre at this point,” he said.

“We will be meeting on the 25 this month; that is where the theatre commander will officially announce his replacement. This is really sad.

Irabor was appointed as the theatre commander on March 17, 2016.