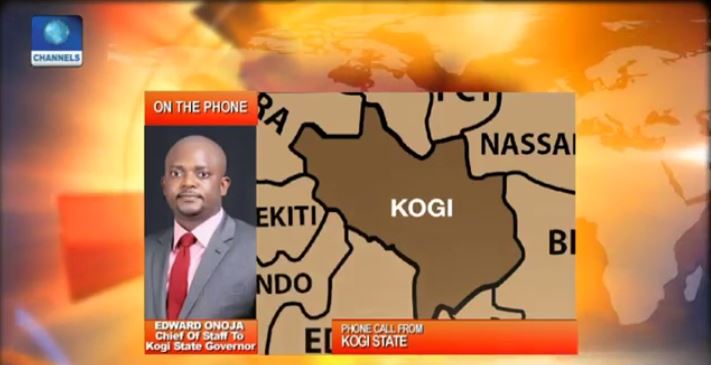 Onoja who dismised reports that Kogi had not paid workers for over one year, said salaries were paid in January, February and March.

He spoke on Sunrise Daily, a breakfast programme on Channels Television.

“Let me state this very clearly, I just said nobody is being owed 15 months, maximum will be 12 months,” he said.

Chamberlain Usoh, the anchor of the programme, had asked: “Mr Onoja, it comes across as though you are thumping your chest that people are being owed for 12 months,” and Onoja replied: “Yes please.”

After receiving backlash over the insensitive comment, the chief of staff said he did not hear Ushoh clearly before responding to the question.

He blamed the situation on poor network.

“So I had a telephone interview on ChannelsTV’s Sunrise Daily this morning. About 5 minutes of stilted talk-time during which horrible network and static feedback prevented me from hearing Chamberlain Usoh’s questions clearly, and thus from responding in a concise or sequential manner,” he said in a statement.

“Next thing I know, there is a trending video of the interview posted by the station under a banner headline I consider utterly irresponsible.

“Anyway, we in the Administration of Governor Yahaya Bello are used to the media stable in which Channels is tethered. Their unfortunate shenanigans have become comic relief around here. If we cough and they declare there is a tuberculosis pandemic in the state, we have learnt to take a sip water, smile and continue with what we are doing. No be today.”