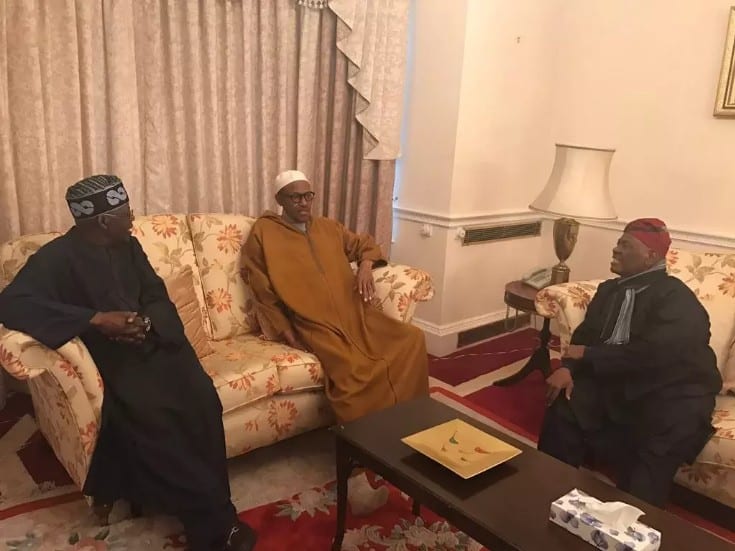 President Muhammadu Buhari is hale and hearty, today February 9, he received leaders of the All Progressives Congress (APC) in London, UK to allay fears that he is was dead.

There has been rumour that President Buhari was dead although this has been refuted by his media aides.

Recall that, Adesina told Channels Television on February 7 that he does not speak directly with Buhari, but that those around him have said “the president is fine”.