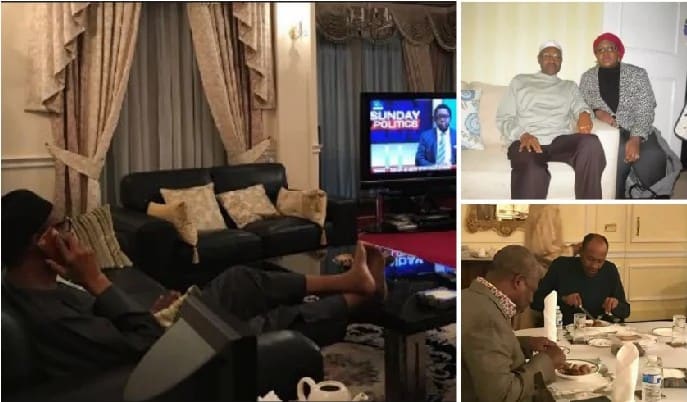 After Femi Adesina came up with his own little lies about Buhari’s health yesterday, Garba Shehu don enter 18 yard box this morning with his own version.

Please read Garba Shehu in his own word:

“I just spoke to the president’s personal doctor, and he told me President Buhari is not in any serious condition to worry about. He is not in hospital. He is in the residence at the Nigerian High Commission”.
“He and his delegation were ready to come home today but for the delayed test result which came in today which necessitated that he delays his return”.
“There is nothing to worry about as far as his condition is concerned”. – Malam Garba Shehu.

Recall that while the good man Yar’Adua was lying invalid in his Saudi Arabian hospital bed, a group of Northern cabal forged his signature and succeeded in passing a supplementary budget in the name of the same Yar’Adua wey don waka im own.
Now, rather than open up to the Nigerian people on the exact health status of their president, Muhammadu Buhari, another set of Northern cabal and their Southern willing slaves have continued to inundate over 200million people with stupid cheap dirty puerile lies.
Only God knows the kind of free-for-all looting wey go dey go on for inside Asorock now.
Anyone who knows Osinbajo should tell him to be careful. Charles Ogbu no talk say dem wan do am anything oooo. But, Osinbajo should be very very very careful. If possible, make im stop to dey eat from Asorock. Senator Bola Ahmed Tinubu, protect your boy, Osinbajo!
In Asorock, the nights are dark and full of terror.