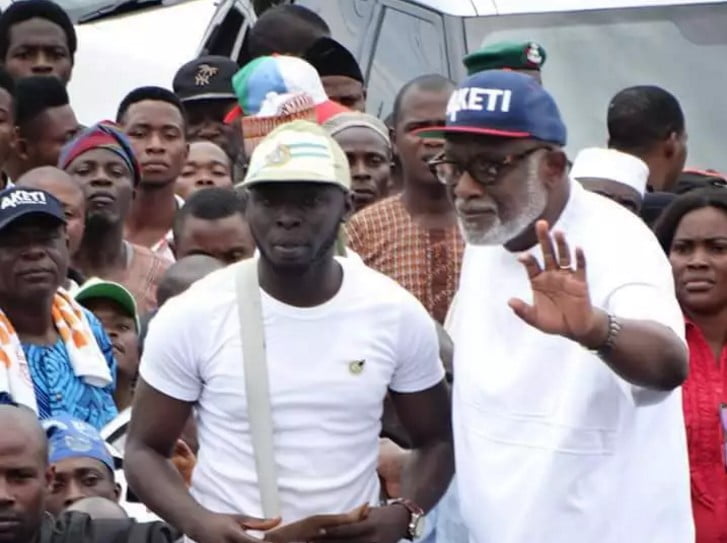 According to the results announced so far by the Independent National Electoral Commission on Sunday, Mr Akeredolu is the new governor-elect.

Akeredolu during one of his campaigns
Of the 17 local governments announced so far, APC’s Mr Akeredolu scored 195,605 votes. His closest challenger, Eyitayo Jegede of the PDP scored 116,580 votes. Olusola Oke of the Alliance for Democracy, AD, currently has 85,207 votes.

The result of one local government, Ilaje, is still being expected and INEC has postponed further announcement of results to 11 a.m.