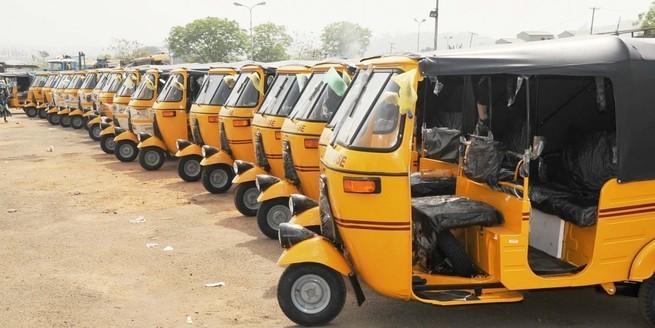 The Managing Director of Kano Road Transport Agency (KAROTA), Baffa Babba DanAgundi, has stated that the new restriction order against the Operators of Tricycles popular known as Adaidaita Sahu, from operating from 10 pm, in the night,has really assisted in checkmate various crimes.

DanAgundi further stated that the untimely death and untold suffering of innocent people, which some of disgruntled elements used to caused in the night while operating Kekenapep has reduced.

Making the assertion on Thursday on the outcome of the restrictions after a few weeks of slamming the order, Alhaji Babba DanAgundi, disclosed that there is a drastic reduction in Crime and Criminality in the State after the banned.

According to him, before the banning, there are rampant cases of overnight robbery, phone snatching and other general social Vices.

Kano had in the wake of frequent cries on the cases of overnight Robbery, House Burglary, Phone Snatchings and other Social Vices, restricted operations of Tricycles Operators from 6 am morning hours to 10 pm.

Although the restrictions had, in the beginning, caused serious confusion amongst Citizens who largely depend on Tricycles for their movements, however, many people believe that they served as their saviour against Criminals who disturbed them.

Alhaji DanAgundi further disclosed that “although our checks show that a large number of Tricycles Operators are People’s of descent background who conducts their activities within the ambits of the law, the very few ones have created bad names against the general operators”.

He also explained further that those few ones have gone on committing different crimes of phone snatching, armed robbery and sometimes even conniving with kidnappers.

He said, “when too many complaints were lodged to the Government on the rising insecurities, more specifically in the night, Governor Ganduje met with Security Agencies and they concluded that their investigation shows that Crimes are largely committed by the Tricycles Operators”.

“That was how we agreed that there should be restrictions between 10 pm to 6 am and anybody who found wanting should be dealt with accordingly, and this had resulted in many of them relocating”.

He also hinted that Government had already provided alternatives to the restrictions while other transporters of Taxis and Buses were encouraged to replace the Tricycles Operators between the hours.

Baffa while commending the Kano people’s for cooperating with the State Government on the restrictions, assured that soon Kano would be completely free of notorious crimes committed by the Tricycles Operators.