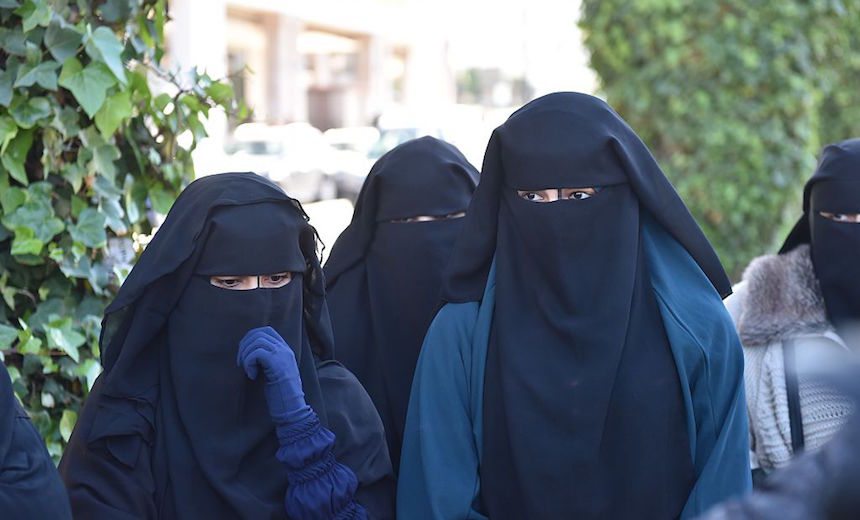 A man who was allegedly into the business of luring poor women into slavery has been arrested in Afghanistan.

The suspect whose name was not mentioned is said to have sold no fewer than one hundred and thirty women in Northern Afghanistan.

He was apprehended on Monday by the Taliban leadership, an official told reporters.

One of the suspect’s strategies was said to be luring the needy women into believing they would be marrying into money, Naija News understands

After doing so for months, the suspect was arrested in northern Jawzjan province late on Monday, Damullah Seraj, the Taliban provincial police chief, told reporters.

He said: “We are still in our initial stages of the investigation. We hope to find out more about this case later.”

On his part, Mohammad Sardar Mubariz, a district police chief in Jawzjan, told reporters that the suspect would target poor women desperate to improve their circumstances.

After making them believe he would find them a wealthy husband, he would move them to a different province where they were instead sold into servitude.

Naija News understands that since the Taliban take over, they have been trying to contain a spate of crimes such as robberies and kidnappings in the big cities.

On Tuesday, the Taliban interior ministry said 60 people — including members of the passport department — were arrested for forging documents to obtain passports.

The ministry said it was temporarily closing the passport office in Kabul for maintenance.

In another news, the Afghanistan Taliban government had granted a dialogue with the World Health Organization (WHO) and United Nations Children’s Fund (UNICEF).

The development was made known in a joint publication by the UN agencies. It was revealed that the Deobandi Islamic fundamentalist political movement and military organization has agreed to allow the resumption of the door-to-door vaccination of children against polio.