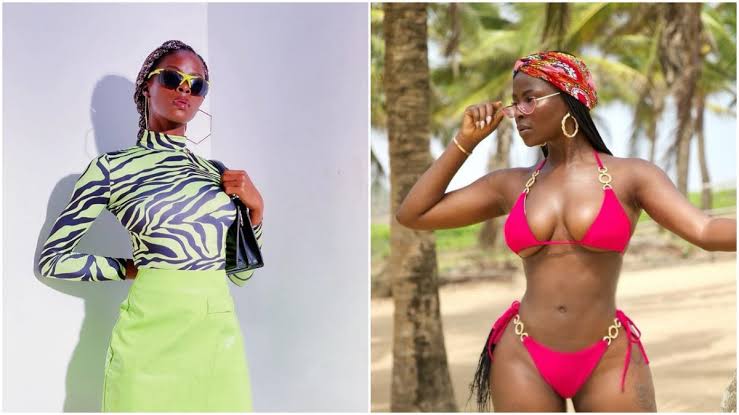 Ex-BB Naija housemate Khloe has spoken on her newly acquired body that has left most Nigerians in awe.

Khloe, in a sit-down in the Dadaboyshow told viewers that it is poverty that would stop a woman from working on her body and when she truly has money, she would do the needful.

She added that initially, she was unsure if she truly wanted to carry out the operation but decided to go ahead with it. She then went ahead to state that she was elated when she woke from her surgery and saw her body. She advised women to go under the knife if they could afford it.

Naija News recalls that Khloe had gotten into a rift with sex therapist and Kayamata entrepreneur Jaruma who called her out for not disclosing the doctor who got her body done for her.

She also revealed that the surgeon asked her to add weight before surgery.

She wrote: “Pls which surgeon did Koko’s body?? Koko admitted to having surgery but she has never tagged or mentioned her Plastic Surgeon Iv seen a lot of bodies but honestly koko’s doctor did the best!!! She was so skinny, he told her to go & add weight before surgery & he did a great job. Jaruma was fa*t for 2 years & doctors said I should go & loose weight before plastic surgery.”

Responding to her, Khloe warned her to keep her name out of her mouth and said she could not understand why the kayanmata seller earlier claimed she hate her but now wanted to know the name of the surgeon that worked on her body.