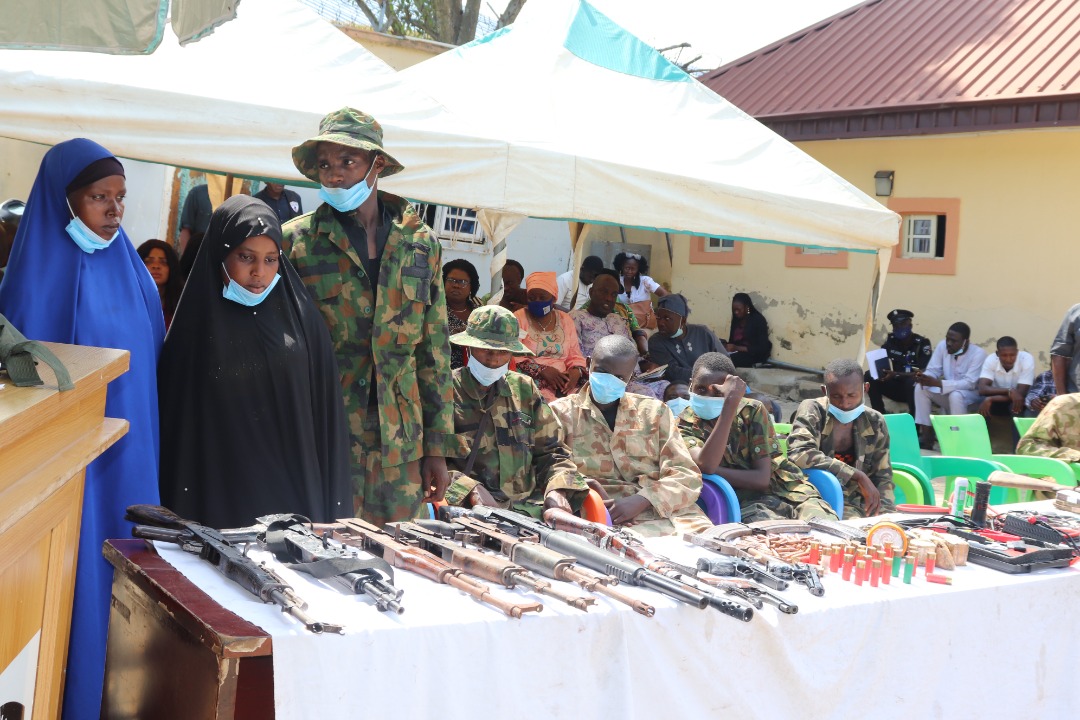 Operatives of the Nigeria Police Force have arrested no fewer than 34 hardened criminals in a recent operation.

It was revealed in a statement made available to Naija News that the operatives of the Nigeria Police Special Tactical Squad apprehended a 9-Man syndicate of high-profile kidnappers that specializes in the abduction of travellers on major highways in the North-Western region of the country.

Naija News understands that the suspects were arrested following investigations by the Police team which uncovered their plans to carry out a major abduction of travellers along the Kano-Katsina expressway.

Police investigations revealed that the modi operandi of the syndicate involve the principal suspect, Bashir Sule taking a commuter bus to a motor park, acting as a driver, to convey passengers.

It was revealed that Bashir while conveying his unsuspected passengers to an expected destination, stops at an agreed meeting point where his other gang members swoop in, attack, rob and abduct the passengers.

The criminals thereafter contact the families of the victims for ransom before their release.

Further findings revealed that the principal suspect, Bashir, sometimes joins commuter buses as a passenger and in the course of the journey provides information to his other gang members who then lie in wait for the innocent co-travellers. Bashir in both instances acts like a victim who barely escaped the attack. 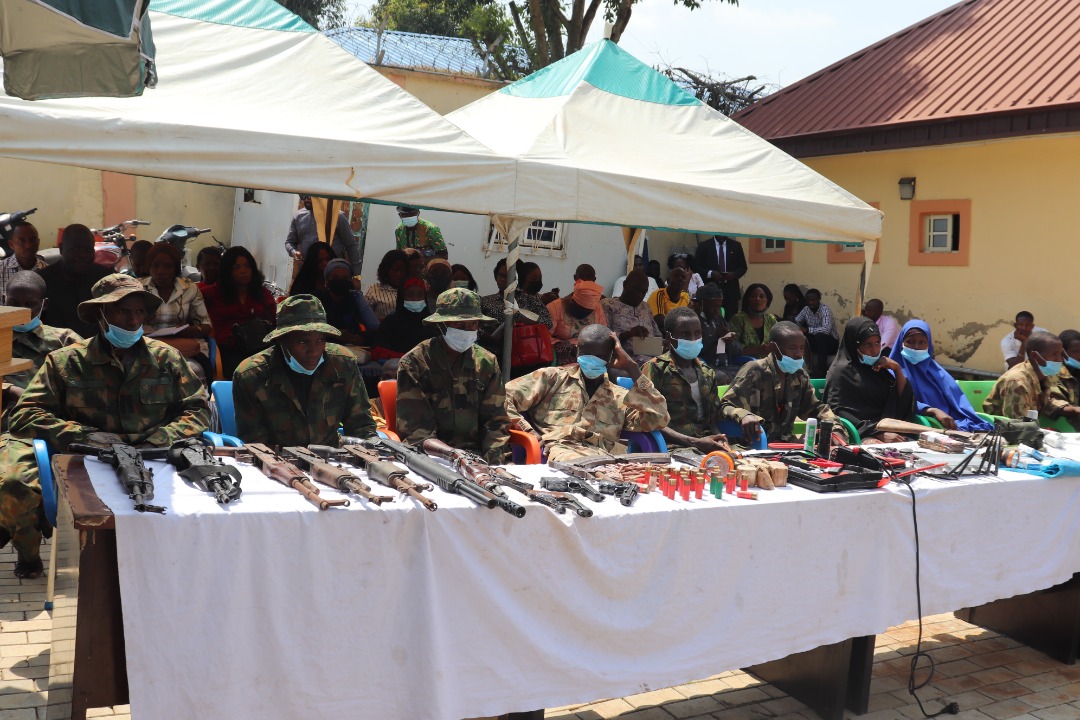 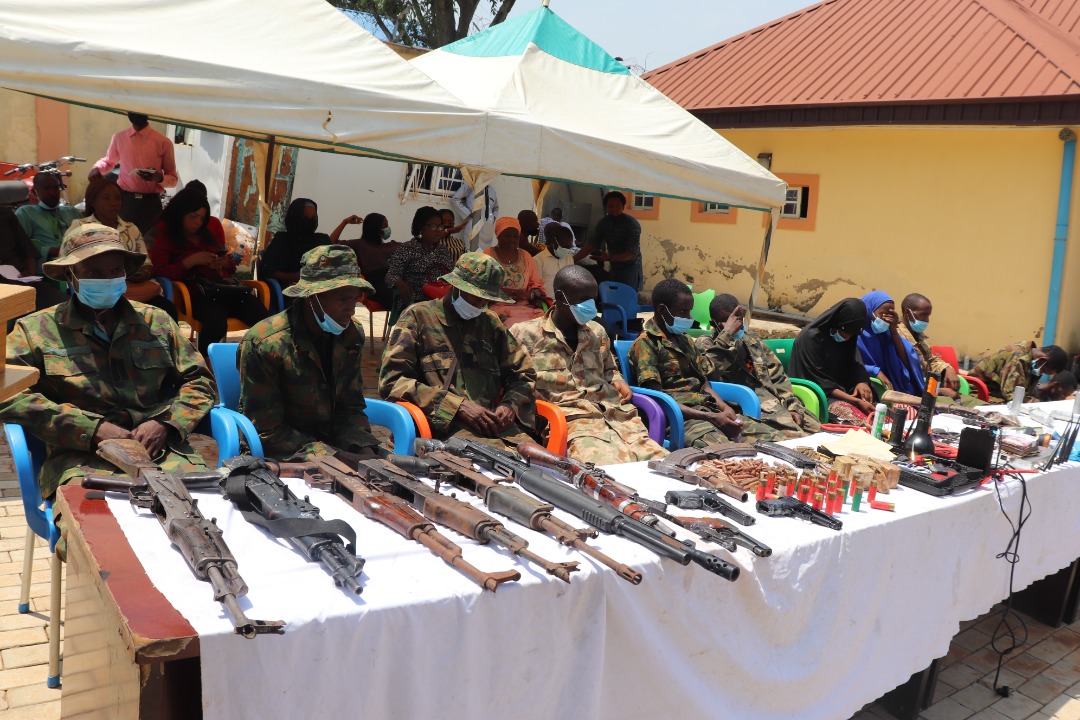 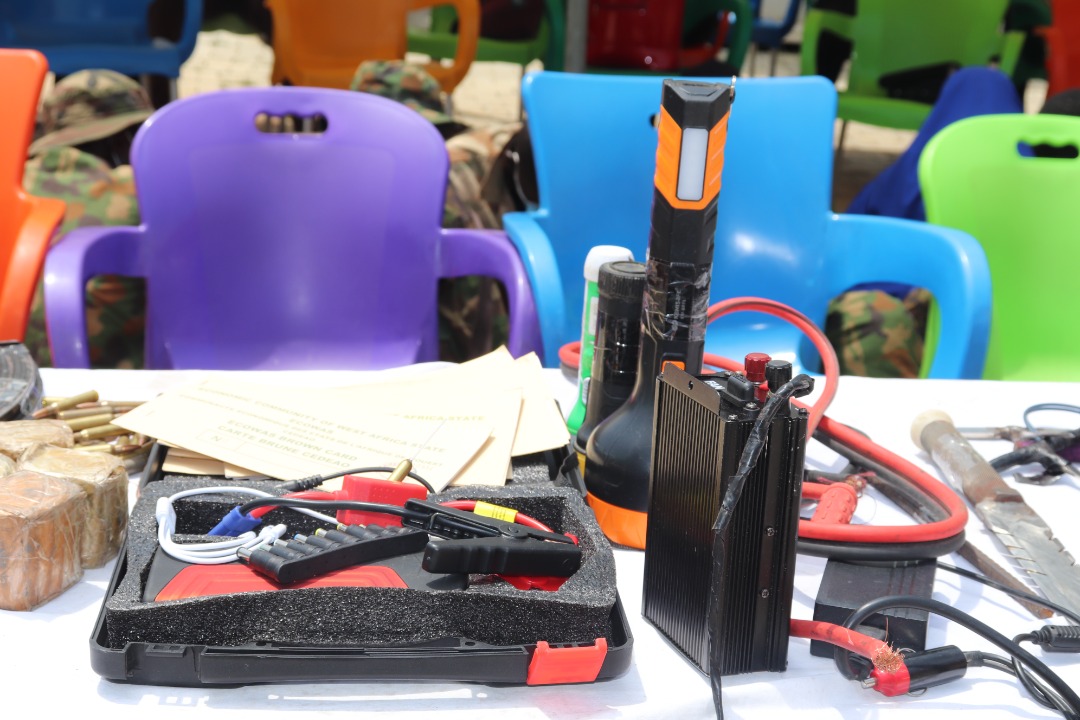 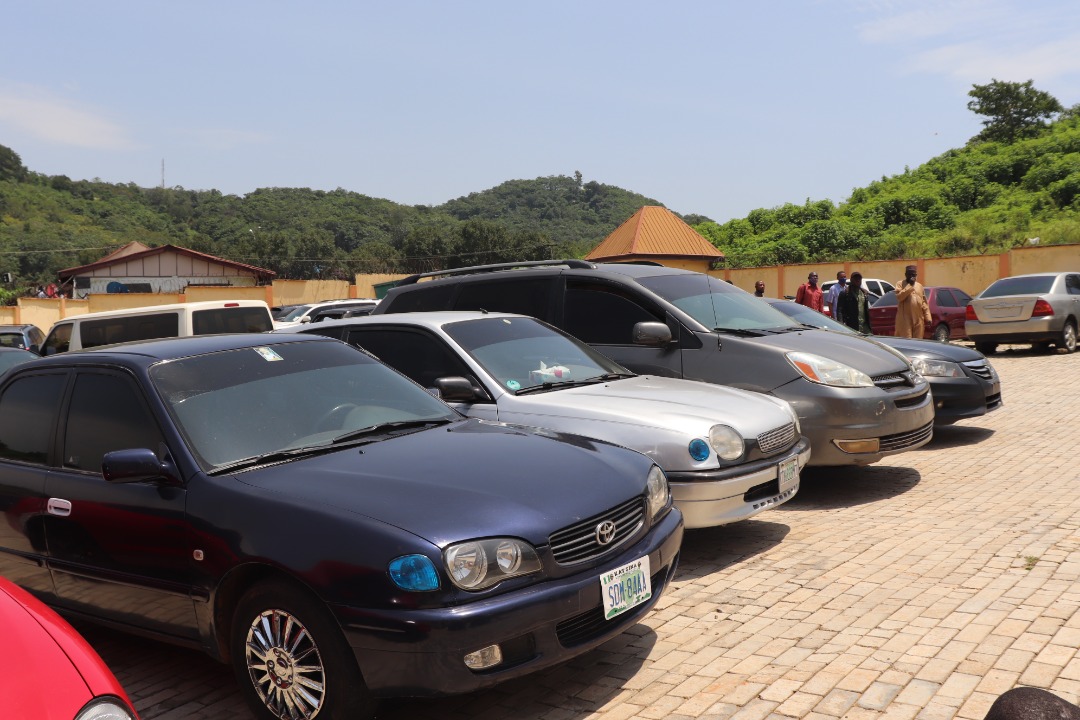 In another operation, the police team arrested an 11-man notorious gang for their involvement in series of violent crimes including kidnapping, armed robbery, illegal possession and illicit sale of prohibited firearms.

The gang which has two female members – Hafsat Adamu, 24-years old and Aisha Ibrahim, 30-years-old – rely on these women to transport their weapons from one point to another, taking advantage of the innocuous look and sentiments associated with their gender.

In the same vein, the Police also arrested a trans-national car theft syndicate that specializes in stealing cars from Nigeria and smuggling the same to the Niger Republic and other neighbouring countries.

A total of fifteen (15) cars were recovered from the suspects. Also recovered were two (2) jamming devices that aid the suspects in moving the stolen vehicles undetected, Naija News understands.

Reacting to the development, the Inspector-General of Police, IGP Usman Alkali Baba, charged motor park operators to ensure adequate screening of their drivers and vehicle owners before permitting them to operate in their motor parks.

The IGP reiterated the commitment of the Force to the protection of the lives and property of citizens.

A total of thirty-four (34) suspects including 32-male and 2-female were arrested during the operations, Naija News understands.

All the suspects will be charged to court on the conclusion of investigations, the statement made available to newsmen by CP Frank Mba, Force Public Relations Officer, revealed.