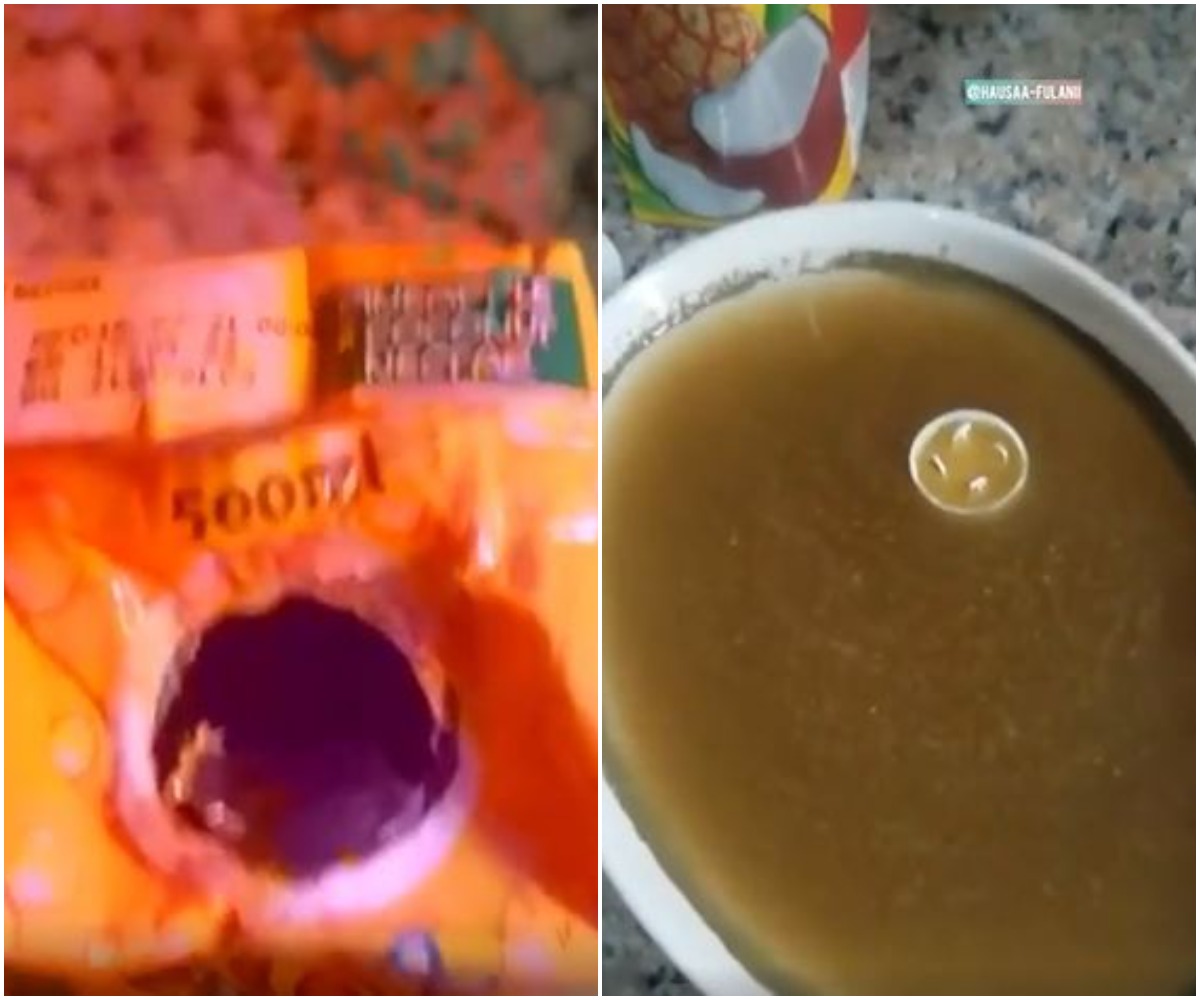 A Nigerian woman has cried out to the general public to be very wary of what they consume after she saw a greenish substance inside a popular juice brand.

According to her, she had gotten the juice from the market and didn’t get to take it until the 15th of September after she came back from work and wanted to take it bare but couldn’t, until she brought out a plate and content of what she saw left her speechless.

Sharing the video on her social media, the woman displayed the color of the content inside the Juice, which turned out to be a combination of a whitish and greenish substance.

In other news, another woman known as Lilian Oluchi has taken to social media to give all praises to God as a stick-like substance that was near her husband’s spinal cord was removed.

The woman revealed on Facebook that the unfortunate predicament began 4 years ago when what looked liked her a pimple appeared near her husband’s spinal cord.

Two years after the first appearance it turned to a boil. When they went to the hospital, the doctors instructed them not to touch it because of its closeness to the spinal cord. Read Here